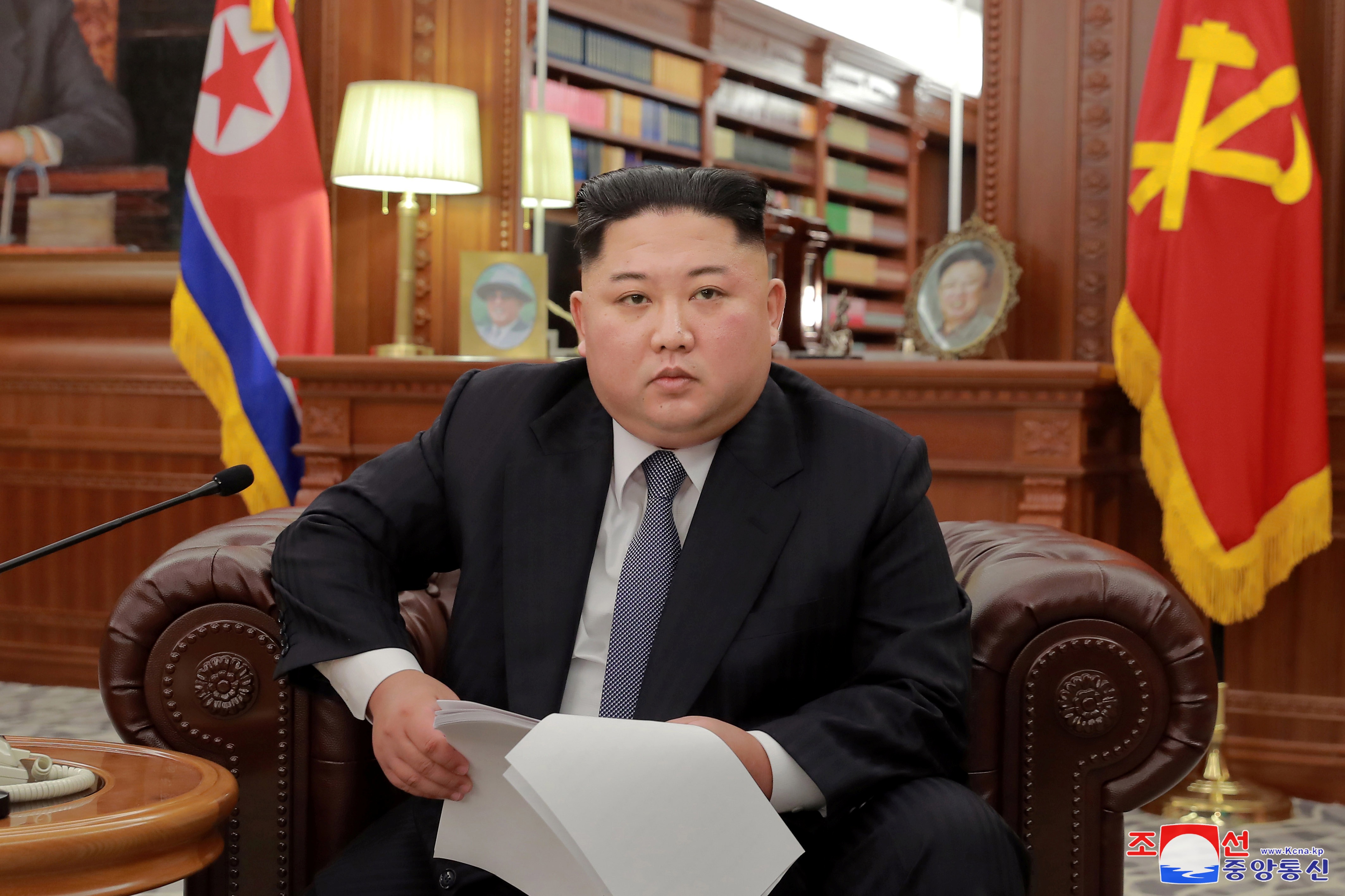 By Hyonhee Shin and Soyoung Kim

SEOUL (Reuters) – North Korean leader Kim Jong Un said on Tuesday he is ready to meet U.S. President Donald Trump again anytime to achieve their common goal of denuclearising the Korean Peninsula, but warned he may have to take an alternative path if U.S. sanctions and pressure against the country continued.

In a nationally televised New Year address, Kim said denuclearisation was his “firm will” and North Korea had “declared at home and abroad that we would neither make and test nuclear weapons any longer nor use and proliferate them.”

Kim added that Pyongyang had “taken various practical measures” and if Washington responded “with trustworthy measures and corresponding practical actions … bilateral relations will develop wonderfully at a fast pace.”

“I am always ready to sit together with the U.S. president anytime in the future, and will work hard to produce results welcomed by the international community without fail,” Kim said.

However, he warned that North Korea might be “compelled to explore a new path” to defend its sovereignty if the United States “seeks to force something upon us unilaterally … and remains unchanged in its sanctions and pressure.”

It was not clear what Kim meant by “a new path,” but his comments are likely to further fuel scepticism over whether North Korea intends to give up a nuclear weapons programme that it has long considered essential to its security.

In response to the news, Trump wrote on Twitter, “I also look forward to meeting with Chairman Kim who realizes so well that North Korea possesses great economic potential!”

There was no immediate comment from the White House. Asked for a reaction, a U.S. State Department official said: “We decline the opportunity to comment.”

South Korea’s presidential office, however, welcomed Kim’s speech, saying it carried his “firm will” to advance relations with Seoul and Washington.

Kim and Trump vowed to work towards denuclearisation and build “lasting and stable” peace at their landmark summit in Singapore in June, but little progress has been made since.

Trump has said a second summit with Kim is likely in January or February, though he wrote on Twitter last month that he was “in no hurry.”

U.S. Secretary of State Mike Pompeo made several trips to Pyongyang last year but the two sides have yet to reschedule a meeting between him and senior North Korean official Kim Yong Chol after an abrupt cancellation in November.

Pyongyang has demanded Washington lift sanctions and declare an official end to the 1950-1953 Korean War in response to its initial, unilateral steps towards denuclearisation, including dismantling its only known nuclear testing site and a key missile engine facility.

U.S. officials have said the extent of initial North Korean steps were not confirmed and could be easily reversed. Washington has halted some large-scale military exercises with Seoul to aid negotiations, but has called for strict global sanctions enforcement on impoverished North Korea until its full, verifiable denuclearisation.

Kim’s reference to pledges not to make nuclear weapons could indicate a first moratorium on such weapons production, although it was not clear if this was conditional. While Pyongyang conducted no nuclear or missile tests last year, satellite images have pointed to continued activity at related facilities.

Analysts said Kim’s message sent clear signals that North Korea was willing to stay in talks with Washington and Seoul this year – but on its own terms.

“North Korea seems determined in 2019 to receive some sort of sanctions relief … The challenge, however, is will Team Trump be willing to back away from its position of zero sanctions relief?” said Harry Kazianis of the Washington-based Centre for the National Interest.

“Kim’s remarks seem to suggest his patience with America is wearing thin.”

After racing towards the goal of developing a nuclear-tipped missile capable of hitting the United States in 2017, Kim used last year’s New Year speech to warn that “a nuclear button is always on the desk of my office” and order mass production of nuclear bombs and ballistic missiles.

But he also offered to send a delegation to the 2018 Winter Olympics in the South in February, setting off a flurry of diplomacy that included three summits with South Korean President Moon Jae-in, and the meeting with Trump in June.