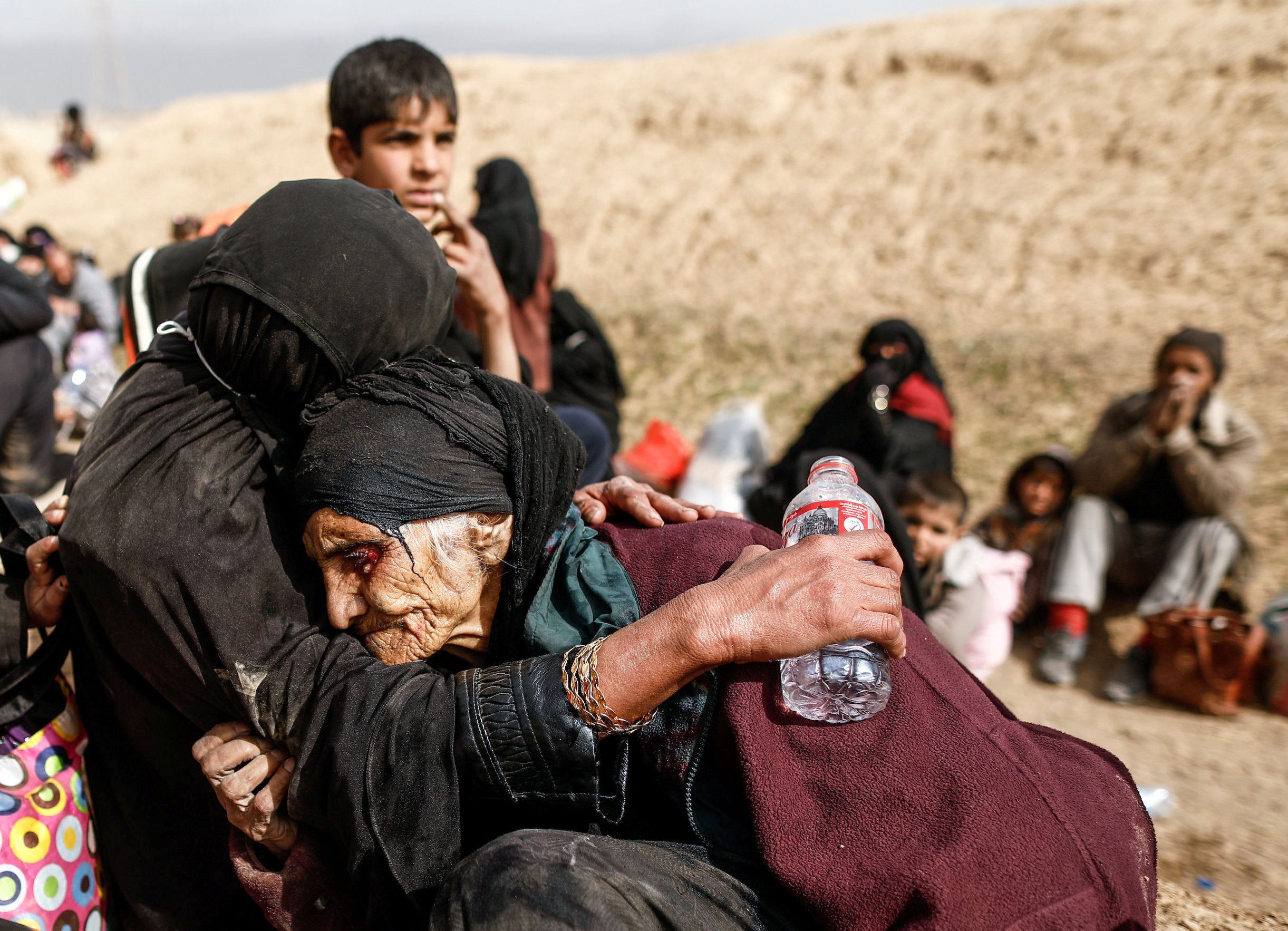 MOSUL, Iraq (Reuters) – Ninety-year-old Khatla Ali Abdallah has survived decades of turbulence in northern Iraq, but the frail grandmother who fled the battle for Mosul this week says the fighting there is the worst she has ever seen.

Carried across the desert by her grandsons, under sniper and mortar fire, she was one of thousands who braved the difficult and dangerous journey out of Islamic State’s shrinking stronghold in the west of the city.

“I’m a 90-year-old woman and I haven’t seen such a war,” she said in a camp for displaced people south of Mosul, where she was taken by Iraqi security forces.

Khatla Ali Abdullah, 90, who recently fled her house in Al Mamoun district speaks with a Reuters journalist as she sits at her tent in Hammam al Alil camp, while Iraqi forces battle with Islamic State militants, in western Mosul, Iraq March 1, 2017. REUTERS/Zohra Bensemra

Khatla lived through Saddam Hussein’s quarter century in power, when Iraq fought wars with neighbouring Iran and Kuwait and endured a decade of devastating sanctions. That was followed by a U.S.-led invasion which toppled Saddam and led to years of sectarian war across the country.

“Even under the Saddam era, we were afraid because of the atrocities and the people killed,” she said. “But nothing is compared to this phase”.

Since the launch of the military campaign in October to retake Mosul from Islamic State, Khatla remained in her home in the city’s southwestern al-Mamoun district, now in the hands of Iraq’s U.S.-backed Counter Terrorism Service (CTS).

At times she took shelter in her basement with the 20 chickens that she looked after – reminders, she said, of her youth when she also herded sheep and cattle.

“I haven’t lost any chickens, not even a one little chick,” she said. “We were trapped in the basement and we could hear the bullets hitting the metal roof of the chicken pen.”

Her grandsons carried her for miles in the desert to reach the CTS lines, and then she was taken on a bus to a camp for internally displaced people.

“We just want to make it through this war,” she said. “This one will make stories for generations to tell.”