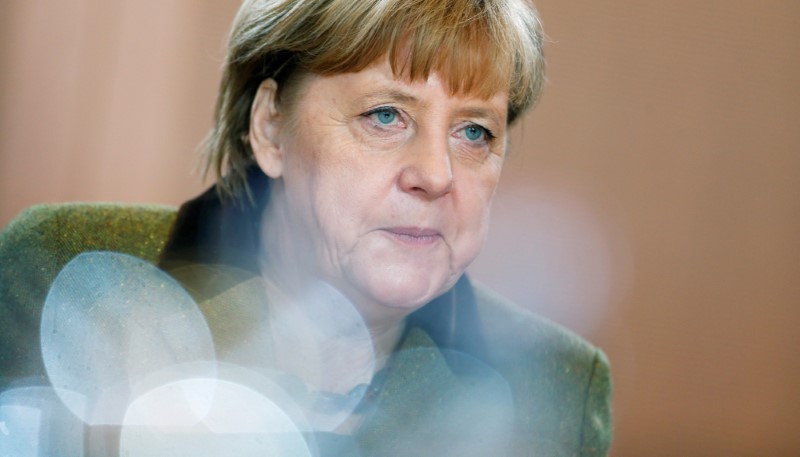 BERLIN (Reuters) – Germany’s Angela Merkel said on Wednesday she would try to work on climate policy with U.S. President-elect Donald Trump, who has said he may pull out of a landmark international accord to fight global warming.

The German chancellor, who assumes the presidency of the G20 leading economies on Thursday, said she and Trump had agreed to try to cooperate.

“We had a first telephone conversation during which I congratulated him and we said we wanted to try to work together,” she told a meeting of her Christian Democrats (CDU) meeting in Muenster in western Germany.

“Of course, I will then say that I believe that climate change is absolutely caused by people,” she said, adding: “We want to see how the positions develop.”

Trump told the New York Times last week he thought there was “some connectivity” between human activity and global warming, despite previously describing climate change as a hoax.

Merkel said she was used to people she met not always agreeing with her. “Climate negotiations with American presidents … were not easy in the past,” she said, but stressed this was not the case with President Barack Obama.

“So, one has to try to find compromises with mutual respect, but also with a clear opinion,” she concluded. “That’s politics – always looking to find a common way forward.”

US Secretary of the Interior Visits Port Moresby