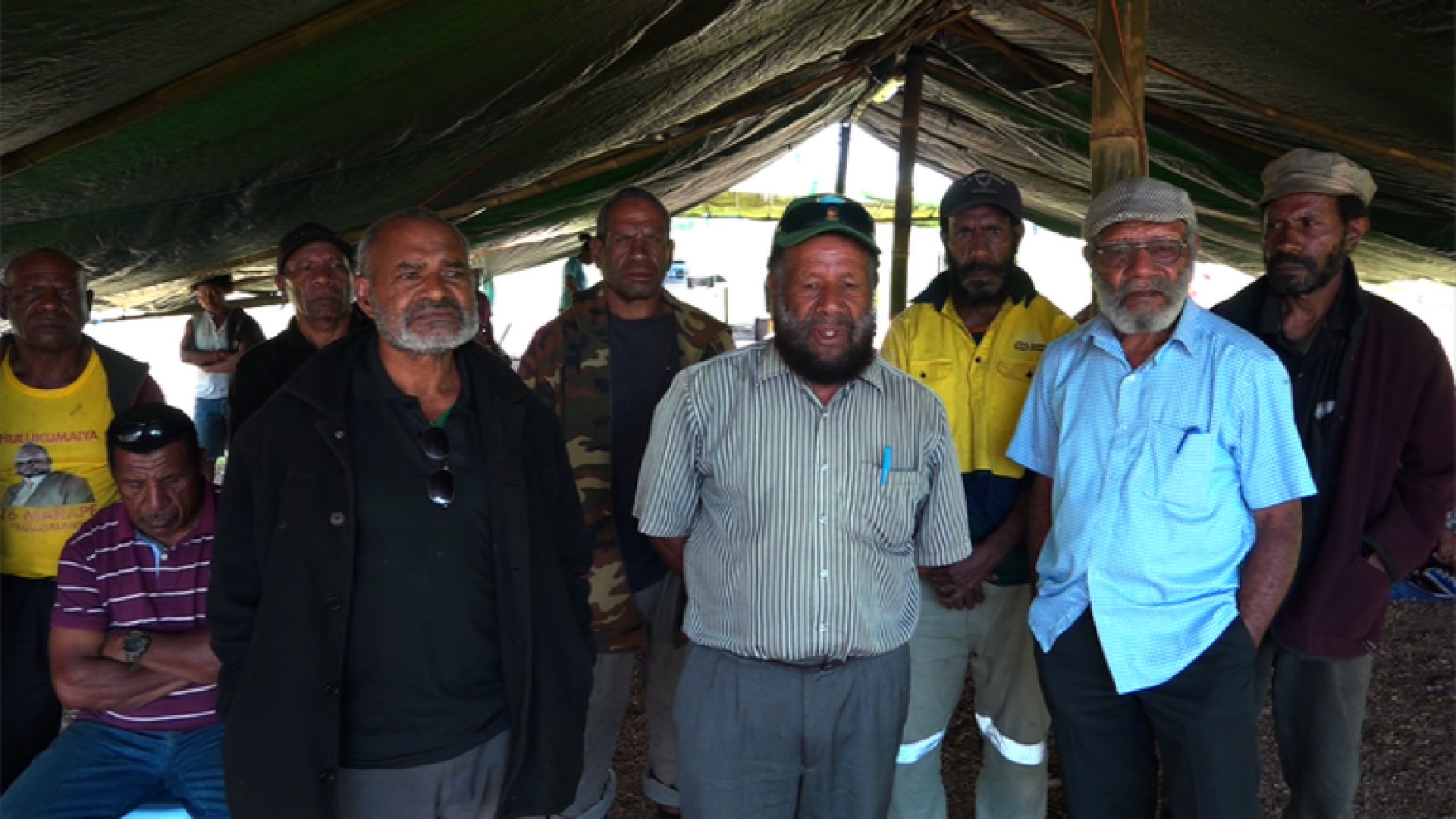 Families of the two fallen cops shot dead in Wabag during the counting period last month, are issuing a 48-hour ultimatum to the Prime Minister, to visit the ‘haus cry’ in Mt Hagen, or give a favorable response to the deaths.

Yesterday, Tuesday, was the one month anniversary of when late Glen Jimmy and Alex Kopa were shot dead.

The families of the two fallen cops are demanding why there hasn’t been any visitation by the Government, or the people involved in the shooting.

Harry Kopa, the biological father of the Mobile Squad Six member based in Hagen, late Alex Kopa, said his son’s death was cold-blooded because he was ambushed by a relative of the sitting Kandep MP.

Anton Manase, who was later shot dead by police, was alleged to have use a M16 Carbine rifle to gun down the two policemen.

An investigation has since been conducted; however, Mr. Kopa condemned such behaviour of the power struggle between the Kandeps which led to his son’s death.

On the morning of Saturday, the 22nd of July 2017, the deceased, Late Constables, Glenn Jimmy from Jiwaka Province, Alex Kopa from Chimbu/Sepik parentage and Constable Mathew Kasap from Madang, shot and killed at Wabag town by gunmen from Kandep.

They were rushed to Wabag Hospital but Glen and Kopa lost their lives during the process of stabilizing the bullet wounds before being medivac to Port Moresby.

Yesterday was their one month anniversary of leaving their wives, children and loved.

It has come to the attention of their families that there was no word on the deaths, or visit by the National Government and Enga Provincial Government.

The Jiwaka and Chimbu families of the fallen cops have issued a 48 hour ultimatum for the Government to give a favourable response on the death of the two cops.

Failure to comply will see them blocking the National Highlands Highway and causing chaos to the travelling public.

The families are also appealing to the governors and MPs of Western Highlands, Jiwaka and Chimbu to work together to assist the haus cry.

They are also appealing for an independent investigation into the shooting.