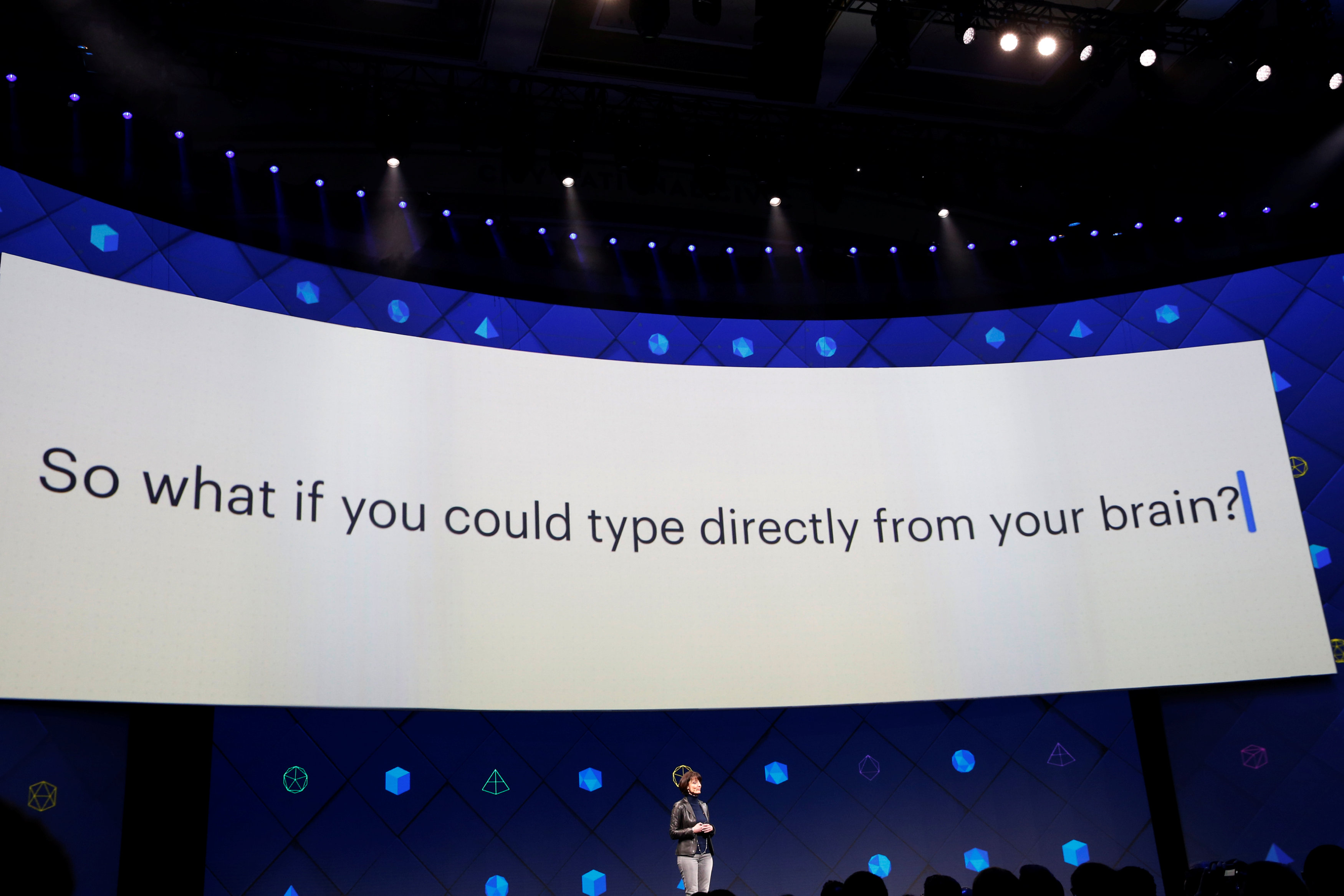 SAN JOSE, Calif. (Reuters) – Facebook Inc on Wednesday pulled aside the curtain on a secretive unit headed by a former chief of the Pentagon’s research arm, disclosing that the social media company is studying ways for people to communicate by thought and touch.

Facebook launched the research shop, called Building 8, last year to conduct long-term work that might lead to hardware products. In charge of the unit is Regina Dugan, who led a similar group at Alphabet Inc’s Google and was previously director of the U.S. Defense Department’s Defense Advanced Research Projects Agency, or DARPA.

Dugan told software developers at Facebook’s annual F8 conference that the company was modelling Building 8 after DARPA, a government office founded in the 1950s that gave the world the internet and the miniaturised GPS receivers used in consumer devices.

Any hardware rollouts are years away, Dugan said in a speech. Potential products could, if successful, be a way for Facebook to diversify beyond its heavy reliance on advertising revenue.

One example of Building 8’s work so far, Dugan said, was an attempt to improve technology that allows people to type words using their minds.

“It sounds impossible, but it’s closer than you may realise,” Dugan said.

Using brain implants, people can already type eight words a minute, she said. Facebook’s goal, working with researchers at several U.S. universities, is to make the system non-invasive, as well as fast enough so that people can type 100 words a minute just by thinking.

Possible uses include helping disabled people and “the ability to text your friend without taking out your phone,” she said.

Another Building 8 project, she said, was trying to advance the ability to communicate through touch only, an idea with roots in Braille, a writing system for the blind and visually impaired.

A video played at the conference showed two Facebook employees talking to each other through touch. As one employee, Frances, wore an electronic device on her arm, the other, Freddy, used a computer programme to send pressure changes to her arm.

“If you ask Frances what she feels,” Dugan said, “she’ll tell you that she has learned to feel the acoustic shape of a word on her arm.”

In December, Facebook signed a deal with 17 universities including Harvard and Princeton to allow swifter collaboration on projects with Dugan’s team.

NASA Plans to Turn Human Waste into Food for Space Use