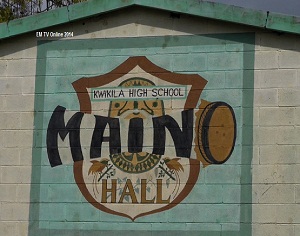 Kwikila Secondary School in the Rigo District, of the Central Province, was once a top High School in the country. But over the years the school has deteriorated to the point of being condemned by a health inspection in 2011.

The school has faced countless problems to date. Mismanagement of funds was the main problem hindering the school’s development; evidently seen in the school’s infrastructure being in disrepair, broken classrooms, walls and doors.

The state of the school has prompted Central Governor, Kila Haoda to pledge K2 million towards restoring this once, prestigious school.

The governor pointed out that he wants the province to excel, and education should be the province’s turning point.

He revealed that the provincial government had already given 50 per cent of the total (K2 million) to Atlas Steel for the construction of new buildings. According to the governor, he made this decision to ensure that funds were not misued by the school.

The provincial government’s focus on education is historically symbolic for the province, as it is the first time that ‘education’ has been made a top priority.

The Central provincial government has invested over K5 million in the last 5 weeks, to enhance education by supporting learning institutions to upgrade and build new facilities; and provide an environment that is conducive for learning.