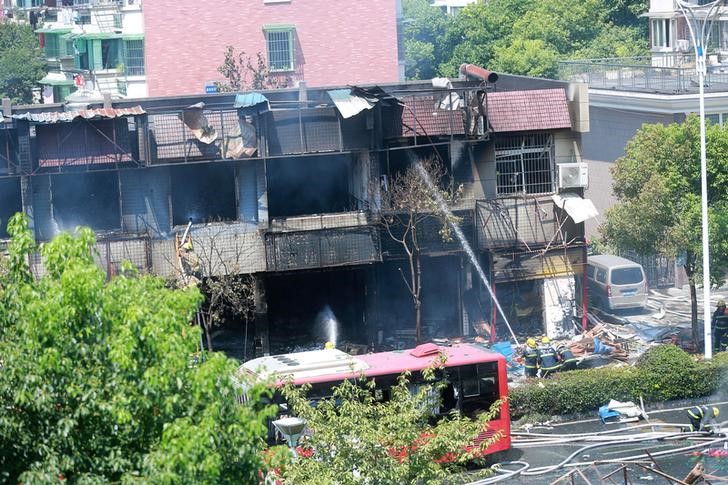 BEIJING (Reuters) – An explosion on Friday at a shop by a busy street in the Chinese city of Hanghzou killed two people and injured 55, authorities in the area said.

The fire had since been put out, Hangzhou’s West Lake District Information Office said on its official microblog.

The injured were taken to hospital, it said, adding that 12 were seriously hurt.

Authorities were investigating the cause.

Explosions and other mishaps are common in China, often because of patchy enforcement of safety rules. The central government has pledged to improve checks to avert such accidents.