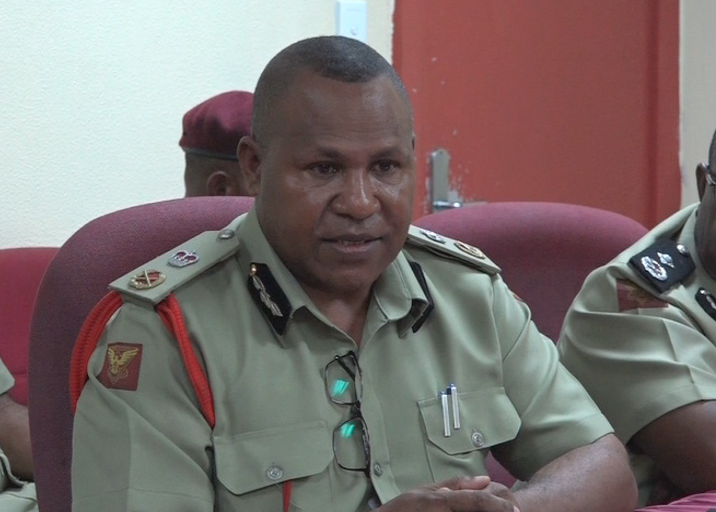 A letter presented to the Correctional Services Commissioner by the accused killer, Bhosip Kaiwi’s lawyer has led to investigations into an alleged assault of Bhosip Kaiwi by Correctional Officers.

Kaiwi’s lawyer in a letter to CS Commissioner Stephan Pokanis, pointed out allegations of abuse by warders against his client, claiming his client was beaten up by those who were supposed to look after him.

Bhosip Kaiwi, the man charged for the murder of his partner, 19-year-old Jenelyn Kennedy claims he was assaulted whilst in the custody of the Correctional Service.

While confirming a letter was received from Kaiwi’s lawyers, Pokanis labeled the alleged assault as a MINOR one.

As a result, an internal investigation was launched to establish the nature of the assault.

Kaiwi was charged with Wilful Murder on June 30th and is now remanded at a quarantine facility at the CS Training College at Bomana.

Come next Wednesday, Kaiwi will have completed his 14 Days of Quarantine as per quarantine measures against COVID-19 and is expected to be transferred into the main prison compound.

While social media is debating the possibility of Kaiwi applying for bail on safety reasons, no application for bail has filed yet at the National Court Registry.

However Commissioner Pokanis says, the Correctional Service does not decide who applies for bail and it is up to Kaiwi and his lawyer to consider that option.

Kaiwi returns to court for his second mention on July 30th.

Meanwhile, families of the late Jenelyn are making preparations for her funeral service which will be held on Friday at the Rev, Sioni Kami Memorial Church.