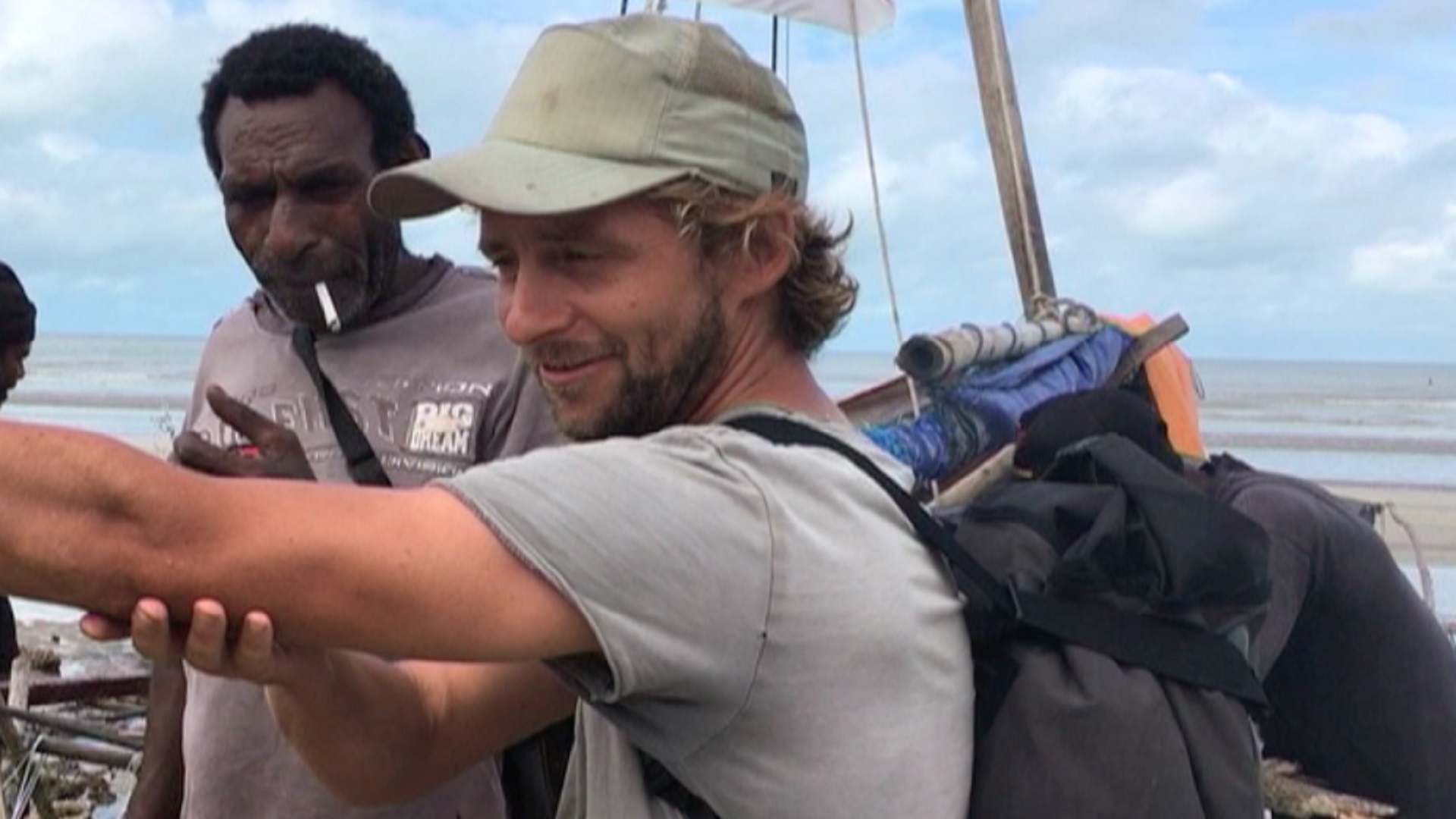 A Danish Filmaker and Adventurer accompanied by two Papua New Guinean sailors on a quest to film their voyage around New Guinea has stopped due to a lack of funding from sponsors. The West Sepik Governor promised the crew for an undisclosed amount of money, but it hasn’t been paid.

The aim of the trip was to promote PNG as a tourism destination and break a world record.

Imagine travelling around the whole Island of New Guinea on a semi-traditional sailing boat. And each step of the way filmed and photographed on cell phones taking documentary to a whole new level. It is not something for the faint hearted. In this sail boat complete with expert sailors from Milne Bay brother’s Sanakoli and Justin John from Tawali Island.

In rare footage given to EMTV by Danish Filmmaker and Adventurer, Thor Jensen shows the thrills of chasing a world record circumnavigating around New Guinea-the second largest island in the world.

” This is a beautiful part of the world,” Thor said.

Thor and his shipmatess endured the high seas crossing over into Indonesia in the middle of the monsoon weather.

They would stop to go on dry land land to get dry and have drink of warm coffee.

But they are facing challenges. Thor and his two companions are in Port Moresby because of a lack of funding for the adventure.

Their journey started in Tawali last year and was supposed to be completed by August this year.

They’ve shelved the quest because their sponsor the West Sepik Provincial government has not paid them money that was promised by the Governor.

While, the Milne Bay Tourism Authority has done its part, they still need more help to complete the journey and the filming.

Thor Jensen said the aim of the quest was to put Papua New Guinea on the world map in a whole new light.

They have already gone past the half way mark, gone around Indonesia and onto Fakfak Island, but because of the funding delays and very strong south easterly winds they’ve shelved the quest.

For now the trio are in good spirits back on land for some well-deserved rest, led by Thor, they are hoping for funding and waiting for the winds to subside before they complete the circumnavigation and put PNG on the world map as a friendly tourism destination.