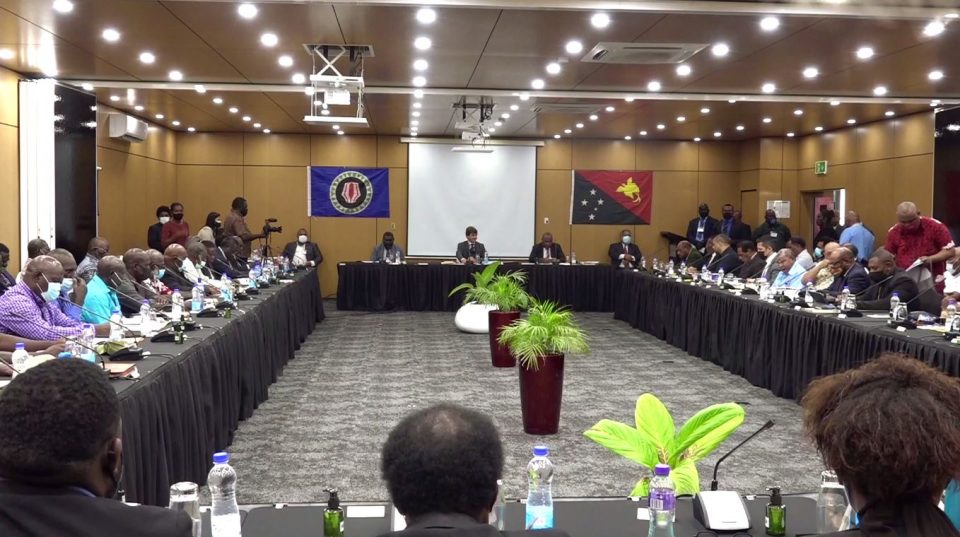 June, 2025 is the date Bougainville must attain full political independence. These were the words echoed by President Ishmael Toroama in Kokopo during the First Post Referendum Consultation with the National Government.

As this clearly outlines the position of the Autonomous Bougainville Government (ABG) under President Toroama, he did not shy away from reminding both parties and Prime Minister James Marape of the overwhelming 97.7% of Bougainvilleans that voted for full independence in the 2019 Referendum.

“It is clear that our people have rejected greater autonomy, having lived and seen the slow progress of autonomy under current arrangement of the Bougainville Peace Agreement over the last 16 years. Autonomy that falls short of independence is not an option or a solution on Bougainville,” Toroama said.

Describing the last 20 years since the Bougainville Peace Agreement was signed as a period of healing, Toroama said both parties now must find a final solution for Bougainville and Papua New Guinea.

“All we have done in the last 20 years, whether in weapons disposal or autonomy space were intended to bring us closer to this day, when we should consult over the outcome of the referendum and reach an agreement on the future of Bougainville,” He said.

While reassuring his Government’s commitment to the consultation process, Prime Minister James Marape said the position of the ABG is something both parties must not be afraid to discuss. And he called on for greater unity amongst all Papua New Guineans.

“Bougainvilleans and the rest of the country must understand that we are the most diverse country on earth and my responsibility is to preserve the union of the country,” Marape said.

However Prime Minister Marape said the case of Bougainville is special and if the National Parliament fails to ratify the referendum results, the motion would be withdrawn and resubmitted for further consultations with the ABG.

“I assure President Toroama and the people of Bougainville that the overwhelming results of the referendum will not be diluted and my government will respect this outcome,” Marape said.

COVID-19 in Vietnam: holding our breath in wave four