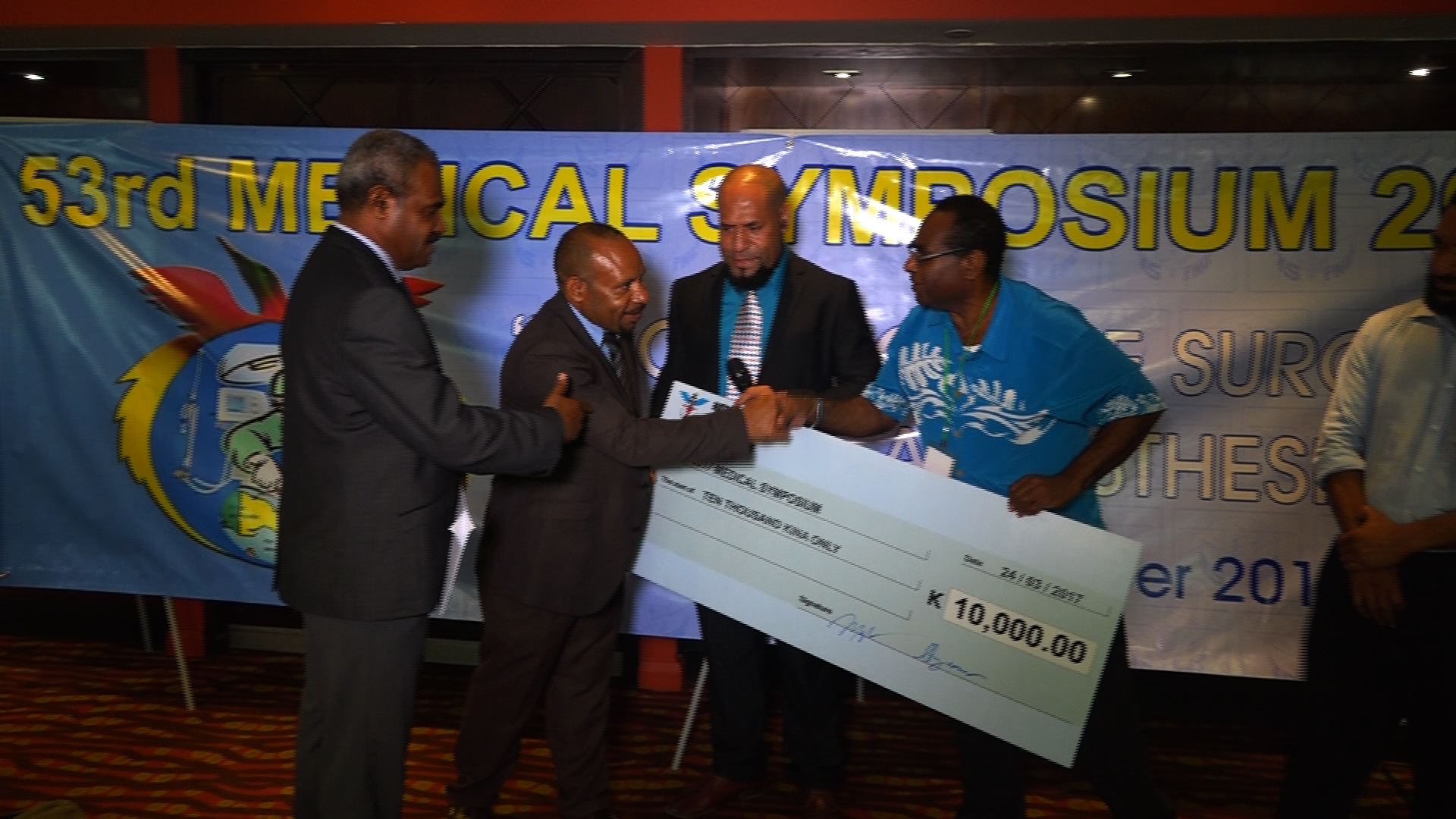 They say the country doesn’t have proper equipment and drugs to ensure safe surgery and safe anesthesia.

The Medical fraternity launched the 53rd Medical Symposium yesterday to call for a change in government policy to address the problem.

“We would like to use this, so after the symposium, have the policy drawn up, next year will say this is what we’ve got and put it in for government funding,” says Dr. Liko.

The problem is faced in all government hospitals around Papua New Guinea.

The cost of treating one patient with Anesthesia before safe surgery can cost up to K50,000.

The Government’s Free Health Policy is struggling to cater for those in the rural areas. Surgeons are now concerned that this may claim more lives.

“It’s called periportal mortality, this is a measure where people are late, between two hours to a few days or a month, by the time they are operated the outcomes are poor,” says Professor Kevau.

The Papua New Guinea Medical Society says improving this part of medicine will also contribute toward the country’s development goals.

“Every time a citizen cancels surgery, his chances of surviving surgery if his keeps on delaying, mortality increase all the time,” says the President of the PNG Doctors Society, Professor Nakapi Tefuarani.

PNG Doctors says the Government needs to ensure that the country’s population is healthy and working in order to achieve its national goals.

The Symposium will be held in Port Moresby on the 3rd of September to the 8th of September.

Relatives demand answers from Police Department over death of youth

Soon to be elected leaders challenged to provide adequate funds