A 25 seater PMV bus and a taxi belonging to Miracle Cabs both crashed into a traffic light pole at the newly opened Independence Boulevard.

EMTV News team went a few hours after the incident occurred, bystanders at the scene earlier said the Bus and Taxi were both travelling at high speed when they lost control and crashed.

Luckily no passengers were on the bus and taxi when the accident happened.

Both drivers are presumably at the Port Moresby General Hospital. 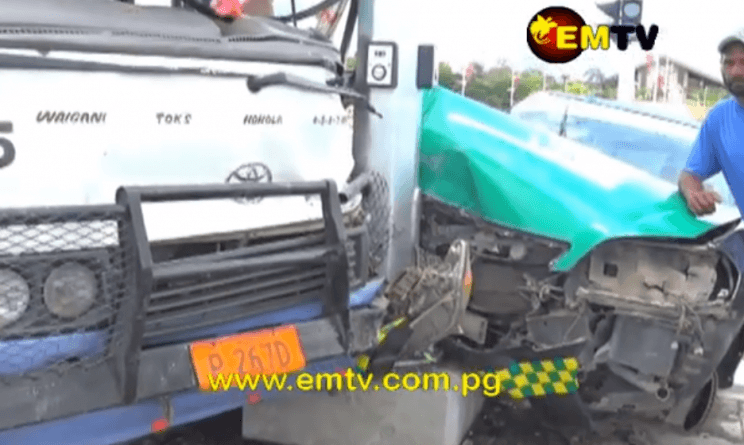