What are Papua New Guineans looking at on the Internet?

Which are Papua New Guinea’s favourite websites? While it’s no surprise that Google and Facebook dominate, Business Advantage PNG‘s analysis of web rankings data suggests local content is holding its own. 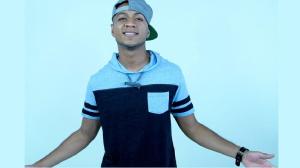 Given this, it’s not surprising to learn that Google is in the process of installing its own caching engine in Port Moresby, with the aim of speeding up its services for PNG users.

Next, in fourth place, comes Facebook, the world’s largest social network—a service as many as 370,000 Papua New Guineans now access, thanks in part to data-free deals from their mobile carrier.

(And PNG’s most popular Facebook page? That of Alotau-born, US-based hip hop artist Jay Lieasi, according to Social Bakers.)

Other major global players to appear in PNG’s top 10 are: Yahoo, Wikipedia and LinkedIn.

It’s a surprise, perhaps, to see one PNG website in the top 5. It’s not BSP, the Post-Courier, PNG Loopor even the PNG Electoral Commission (which is understandably experiencing a surge of traffic at present), although all these appear in PNG’s overall top 20.

Rather, Alexa says PNG’s top local website is that of Divine Word University. Fellow tertiary institution Unitech is close behind at No.10. One wonders how many countries in the world have places of learning as their most popular local websites. It’s quite encouraging.

These two aren’t the only way web traffic in PNG differs from Alexa’s global rankings. Business network LinkedIn features in PNG’s top 10, but globally ranks only number 25. By way of contrast, globally Twitter is the 12th most popular website, but only just makes it into PNG’s top 50.

There are also some interesting local match-ups, according to Alexa.

‘There is the darker side of the internet.’

Finally, it’s worth pointing out that web rankings like Alexa’s—which base their results on web traffic over the past three months—are not a predictor of future popularity but rather of past success.

Sites will rise and fall in the rankings depending on all sorts of factors—what services are deployed on a site, the emergence of competition, improvement in web speeds (PNG’s relatively slow download speeds encourage the use of a site like Savefrom.net, for example), seasonal factors, and even changes to search engine algorithms.

So, feel good if your site is up in the rankings, but don’t feel too good. The job of keeping it up there has already begun.

Pink to get Vanguard award at MTV Video Music Awards

Stand-Off Between Lae Based Security Firms