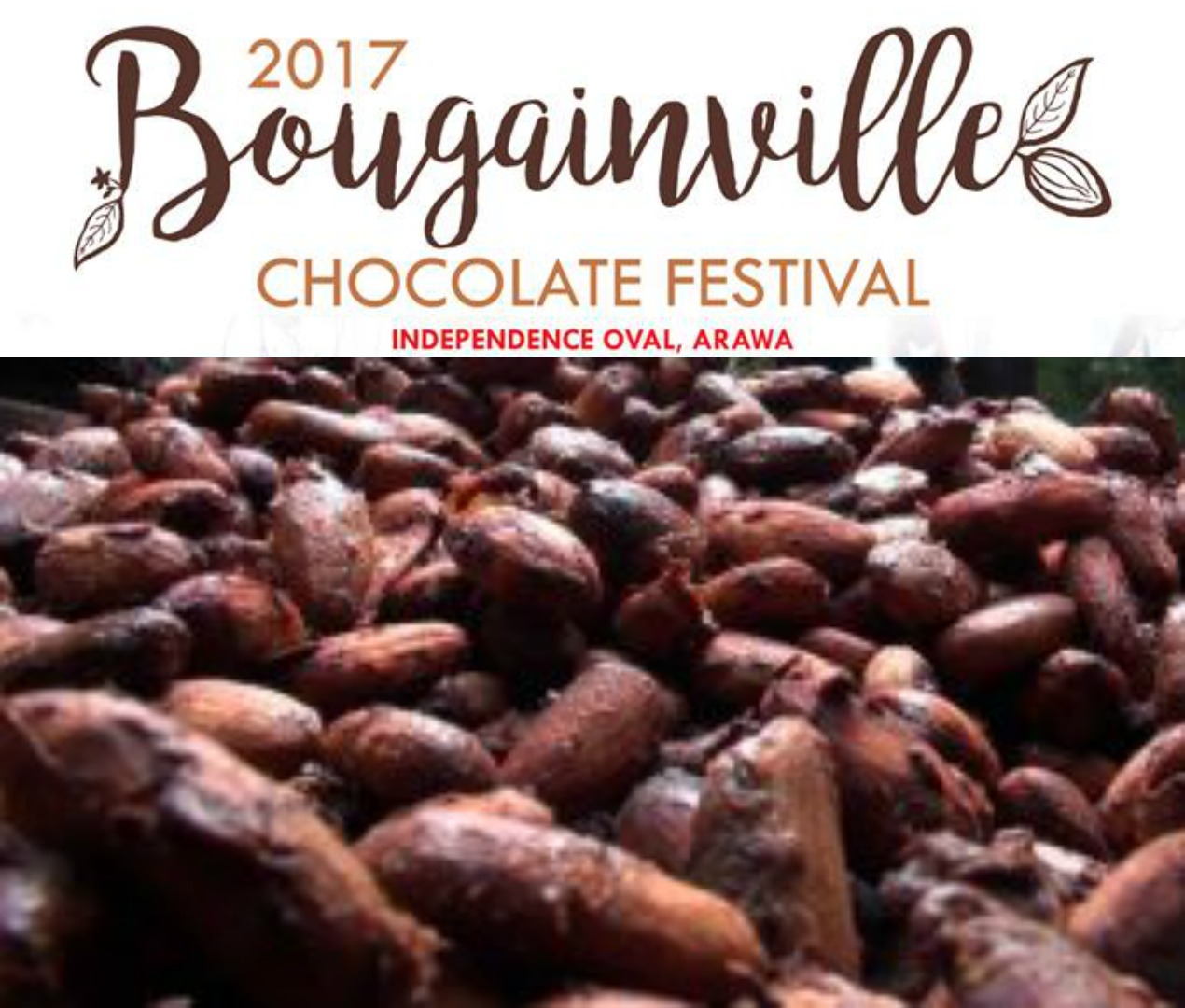 Arawa town in the Autonomous Region of Bougainville will come alive this week as cocoa farmers, business houses and other stakeholders converge for the 2017 Bougainville Chocolate Festival.

The two-day festival will have people come from around the Autonomous Region, other parts of the country as well as overseas with the priority on the high-quality production of Bougainville cocoa. Its objective is to display the vast potential of this thriving industry, provide a learning experience for farmers, buyers and consumers, boost the industry in the region, and it is a show of the government’s commitment to sustainable agricultural growth.

Before the Bougainville crisis, cocoa was a major contributor to the economy with over 80% of Bougainvilleans involved in its production, according to Australian Centre for International Agricultural Research (ACIAR). And a study of the autonomous region’s cocoa industry found that production could be tripled if the right planting materials and management practices are used.

The inaugural Bougainville Chocolate Festival last year was hailed a success and organisers hope for another successful outcome this year.

The 2017 Bougainville Chocolate Festival will run this week from September 6 – 7 at the Independence Oval in Arawa. Activities include production and fermentation demonstrations, games, documentary presentation, farm tour, biggest bean competition and chocolate competition.

The event is an initiative of the Autonomous Bougainville Government in partnership with the Australian and New Zealand governments.