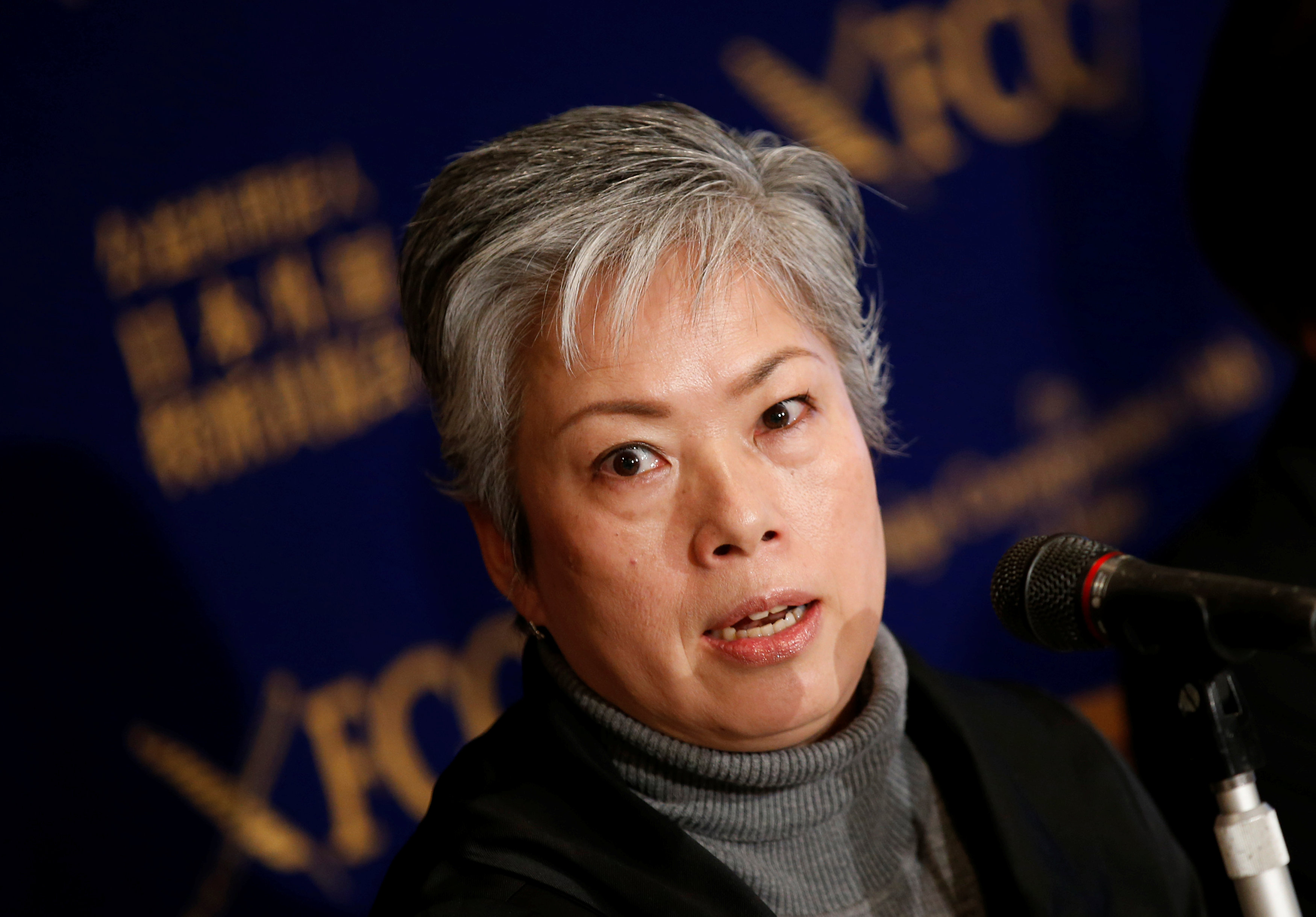 Image: Noriko Matsumoto who fled with her children from Japan’s Fukushima prefecture after the nuclear disaster, speaks during a news conference in Tokyo, Japan, January 17, 2017. REUTERS/Kim Kyung-Hoon

TOKYO (Reuters) – Nearly six years after Noriko Matsumoto and her children fled Japan’s Fukushima region, fearing for their health after the worst nuclear disaster since Chernobyl, they confront a new potential hardship – the slashing of vital housing subsidies.

Matsumoto is among nearly 27,000 people who left areas not designated as mandatory evacuation zones, spooked by high levels of radiation after nuclear meltdowns unleashed by a powerful earthquake and tsunami on March 11, 2011.

Now, as the Fukushima local government prepares to slash unconditional housing assistance on March 31, many face the painful choice of returning to areas they still fear are unsafe, or reconciling to financial hardship, especially families scattered across different sites, such as Matsumoto’s.

“Because both the national and the local governments say we evacuated ‘selfishly,’ we’re being abandoned – they say it’s our own responsibility,” Matsumoto, 55, told a news conference, her voice trembling.

“I feel deep anger at their throwing us away.”

Speaking on condition of anonymity, a local official said that although unconditional subsidies end on March 31, smaller amounts of aid will still be provided, if needed.

At the time of the magnitude 9 quake, Matsumoto lived with her husband and two daughters in Koriyama city, about 55 km (35 miles) west of the crippled Fukushima Dai-ichi nuclear plant. Authorities declared a no-go zone around the plant, but Koriyama was outside its 30-km (19-mile) radius.

When her younger daughter, then 12, began suffering nosebleeds and diarrhea, Matusmoto took the children and moved to Kanagawa prefecture, bordering Tokyo.

Her husband, who runs a restaurant, stayed behind to ensure they could pay bills and the mortgage on their home. But high travel costs mean they can only meet every one or two months, and they face social pressure.

“People like us, who have evacuated voluntarily to escape radiation, have been judged by our peers as if we selfishly evacuated for personal reasons,” said Matsumoto.

What she called her “only lifeline” is a housing subsidy the Fukushima prefectural government pays to voluntary evacuees, who numbered 26,601 by October 2016.

The payment is typically 90,000 yen ($795) for a household of two or more in Matsumoto’s area, a Fukushima government official said, adding that full rents are covered until March 31.

“Things here now are safe, but there are people who are still worried about safety and we understand that,” he said.

Subsidies, if needed, will be adjusted to suit individual households, rather than handed out unconditionally, he added.

“I’m a parent, and so I’ll protect my daughter,” she said. “Even if I have to go into debt, I’ll keep her safe from radiation.”

Leaders Zone in on Trump’s Islamophobia

Skimping on sleep may activate the ‘munchies’