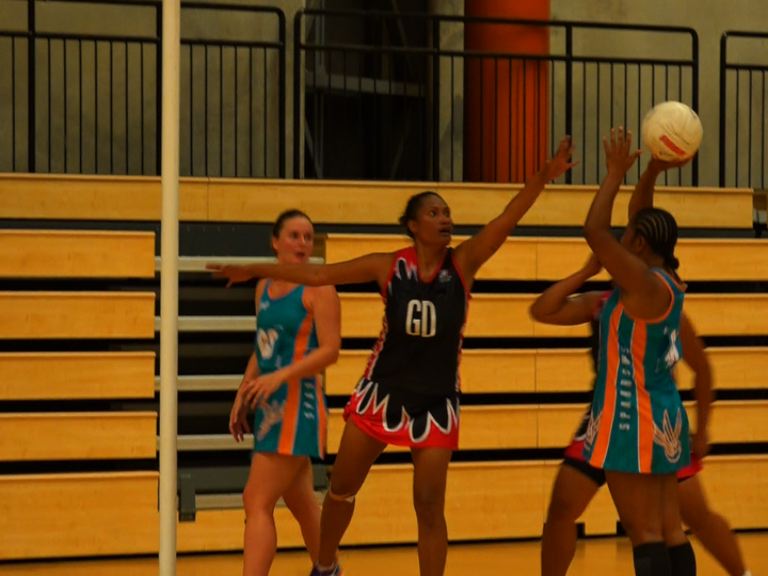 Sparrows defeated a resurgent Paramana outfit 44 to 38 in their round three match.

Rowena Djengozova back for Paramana after an elbow complaint that had seen her miss almost three weeks of competition would feature for her side, who were hoping to surge back into a finals spot – after last week’s draw against front runners Mermaids.

While Sparrows Captain Neritha Adula was outstanding in the center, their mid-court throw was almost punished for complacency as the experienced Paramana team asserted themselves. Joyce Nao on point time and again for Sparrows as they held off for a 44-38 win.

In the other Tier 1 encounter, Telstars would suffer a crushing loss to Snax Mermaids. Again, experimenting with a young side, Mermaids would introduce Corrie Aisi and Vanuga Pevy to the big time. Both young players holding their nerves in check against Telstars, whose goal shooter, Martha Matuka, had reached good form in recent weeks.

Mermaids however, maintaining their dominant run would extend a four point lead from the first quarter into an 18-point win.

The competition will resume on the 12th of July with the Rita Flynn complex to be utilised as a counting venue for the election.

Giant iceberg like ‘niggling tooth’ set to crack off Antarctica