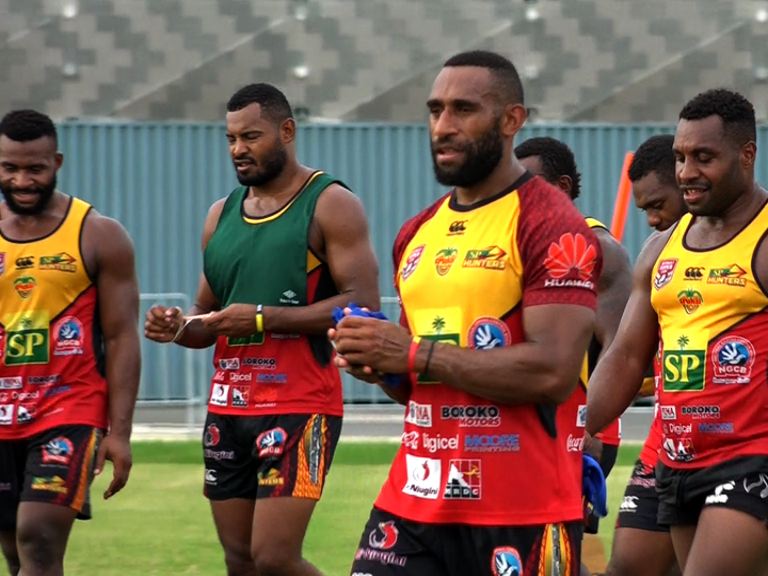 The SP PNG Hunters will travel to Mackay this weekend to play the Mackay Cutters in their Intrust Super Cup Round 5 clash. The Hunters tasted their first loss of the season last week, and will be looking to get back into winning form.

The Hunters will leave for Mackay on Thursday, but depending on the status of Cyclone Debbie in North Queensland, the Queensland Rugby League will decide whether the match will go ahead or not.

If they decide to call off the match, both teams will receive one point each. If they do play, Michael Marum has made some positional changes to the team.

Israel Eliab will start in the centres, while Captain Ase Boas moves into the five-eight position and brother Watson Boas, starts at half back.

Bland Abavu shifts to fullback and Stargroth Amean on the wing. Karo Kauna Jnr starts on the other wing.

Radley Brawa becomes Hunter Number 52 when he starts off the bench.

Wellington Albert has been side-lined for two weeks by the QRL Judiciary after he was cited for a shoulder charge. Moses Meninga was cleared of the lifting charge and will start in the second row alongside Nixon Put.

Marum says despite the terrible loss in round 4, he says the team have remained positive all throughout the week.

Nadal crashes out of Australian Open

One More Week to Go for PNG’s Football hopes