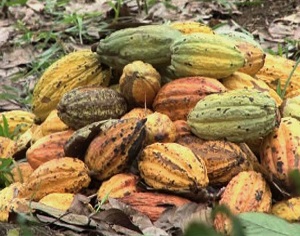 The rehabilitation of cocoa farming in the Sohe district of Northern Province is expected to financially empower the people.

Cocoa farms in the district have been dormant for years, affecting the livelihood of the people.

Sohe MP, Delilah Gore and Minister for Agriculture and Livestock, Tommy Tomscoll signed a Memorandum of Agreement yesterday to revive cocoa production in the area. Various dance groups from the Sohe area accorded a traditional welcome to the visiting delegation.

The visiting delegation comprised of Sohe MP Delilah Gore, Minister for Agriculture and Livestock, Tommy Tomscoll and officers from Cocoa Board PNG. They have been working with the people of Sohe to bring about the launch of the Sohe Cocoa Rehabilitation and Development project.

Sohe is the biggest cocoa growing area in the Northern Province, with over a million cocoa trees. But all its cocoa trees are old and most of its cocoa farms have been taken over by palm oil. Sohe MP Delilah Gore wants her people to partakers, not spectators.

The signing of the MOA with Cocoa Board PNG will restore this vital commodity to the area. Cocoa Board PNG and Sohe JDBPC will contribute K1 million respectively to this project. Sohe is now the ninth district in the country to receive assistance from Cocoa Board PNG.

Although PNG remains competitive in the global market, Minister for Agriculture and Livestock, Tommy Tomscoll says there is still more to be done to fetch a good price for local cocoa farmers on the global market.