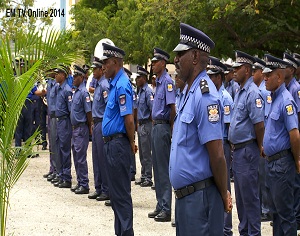 Police, and other security forces partnering in the curbing of lawlessness in Hela, are calling for the release of the K2 million allocated by the Hela Provincial Assembly.

They expressed concerns that the delay in allocating funds to heads’ of the operation will have an impact on the forces’ operation.

They are now calling on the Hela Provincial Government and other concern authorities to hear their plight.

A total of four police units and a defence force company were deployed last week to the province due to the tribal fighting in parts of Hela.

Three mobile squadrons from Tari, Mt Hagen and Kerowagi and a platoon from Delta Company of the PNG Defence Force have joined forces to carry out the operations in Hela.

A total of 10 tribal fights in Tari-Pori and in parts of Komo-Magarima have, over the recent months, claimed the lives of more than 70 people so far; forcing the closure of schools and health service providers in the newly formed province.