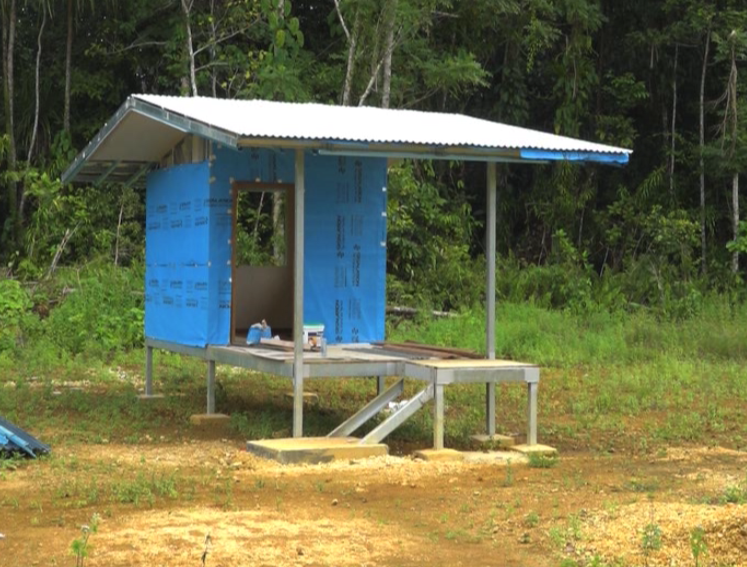 Committee spokesperson Boseo Lapis demanded for authorities to stop construction work and build better and suitable homes for people to use.

The aggrieved landowners expressed their dissatisfaction with local MP Isi Henry Leonard stopping work and calling on the parties concern for a rountable meet.

These are the houses built by mine contractor GeoPacific Resource Limited for locals in Kulumadau village.

According to the locals, once the houses are completed, families will be relocated to their homes.

However the houses are not built to standard and have been criticized by the locals.

He is also concerned that the developer who intends to carryout exploration has poorly built the homes.

Locals told their leader the homes are not suitable for humans.

Nearly 250 families in Kulumadau village are said to be relocated to the new homes.

This will allow exploration to commence for an open pit gold mine. However work is now being halted. The local MP is pushing for parties to meet and discuss a way forward or see opposition. Construction work has now stopped.

PNG Citizens To Be Repatriated