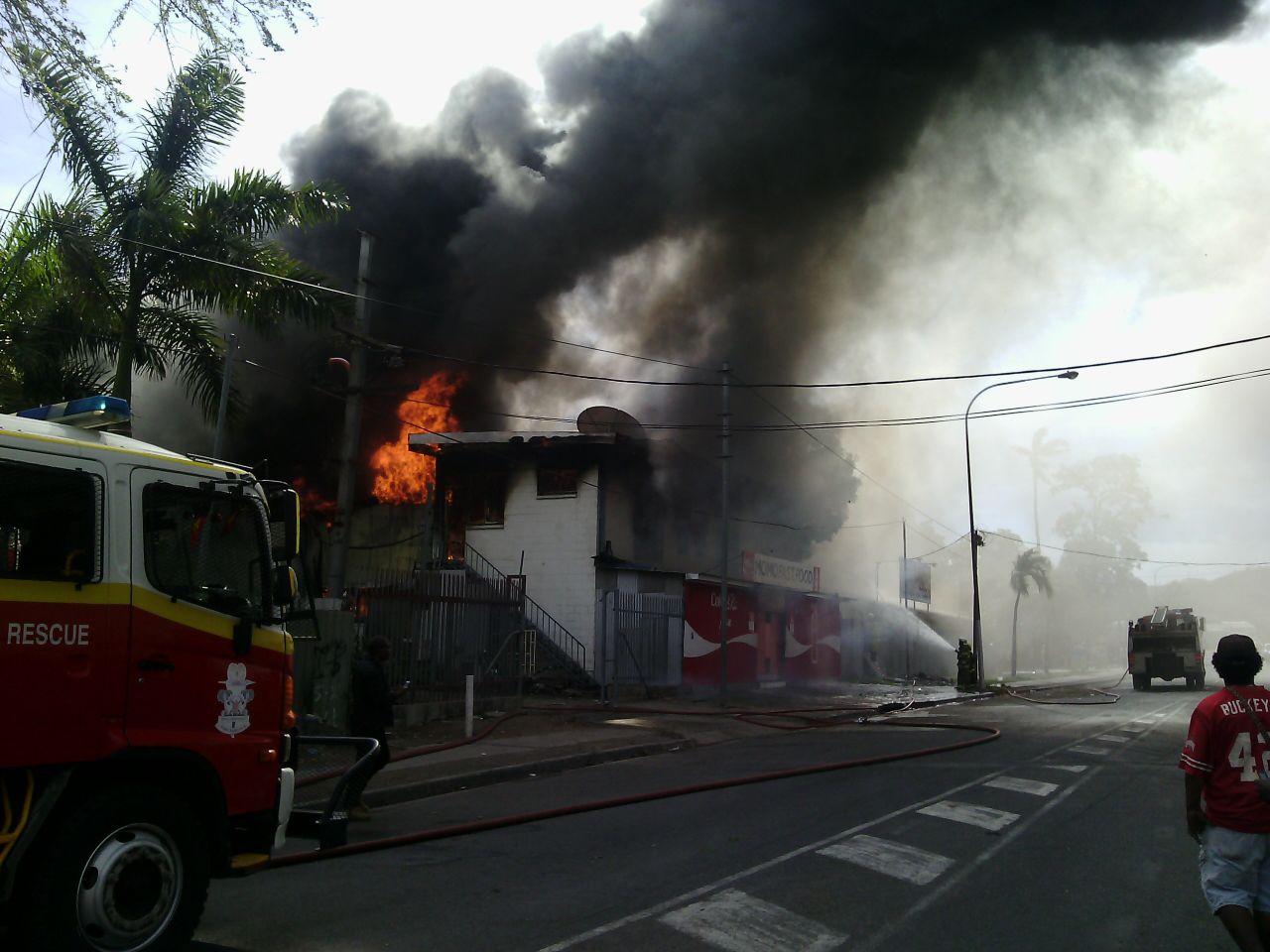 The RAD-TEL Limited building at the Gordons Industrial area, has gone up in flames, this afternoon.

The fire believed to have started from an electrical fault has completely burnt down the two floors of the building.

The fire started at 3 O’clock this afternoon.

EMTV arrived at the scene, 30 minutes after the fire started, with fire fighters trying to put out the fire. 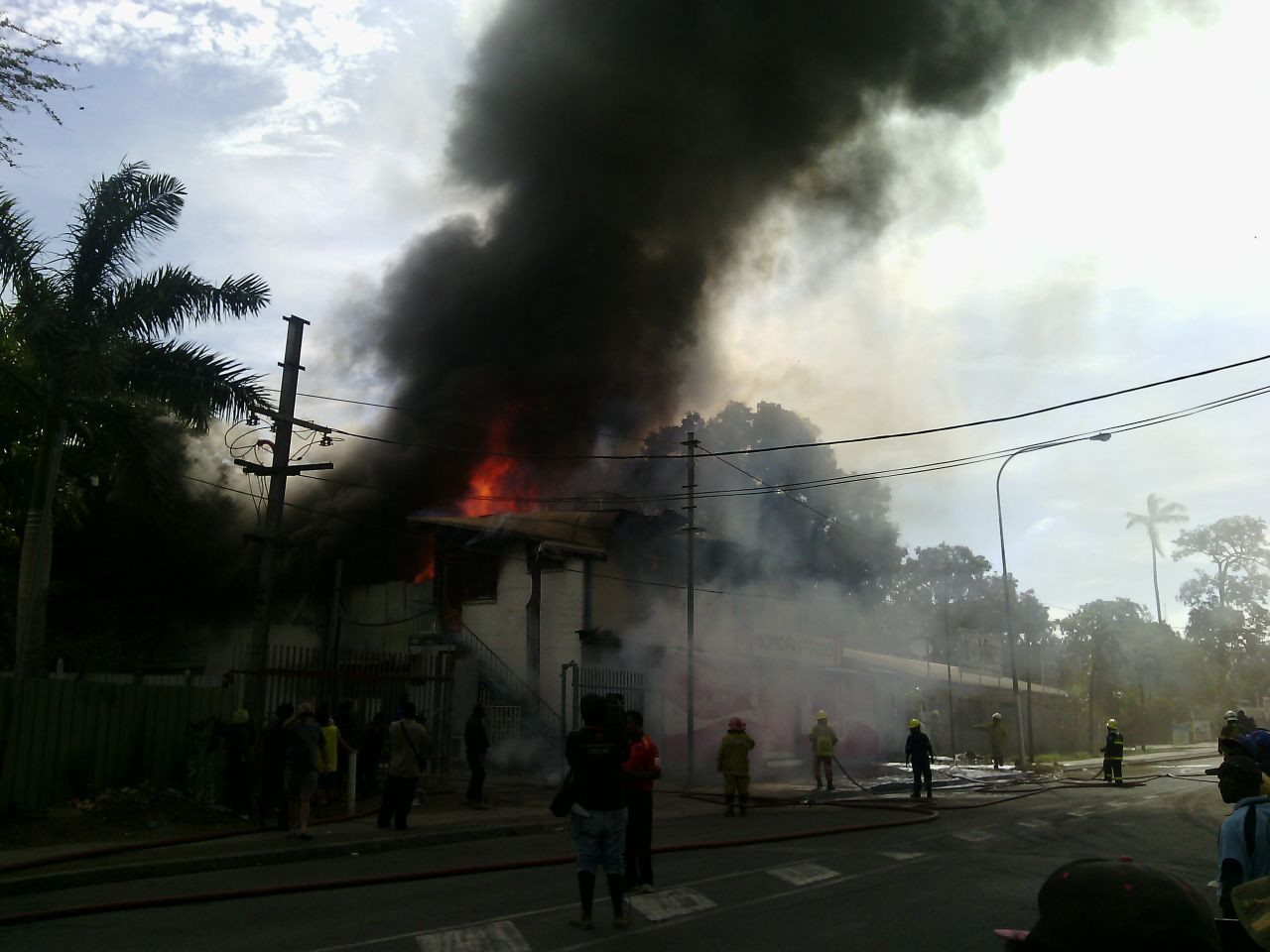 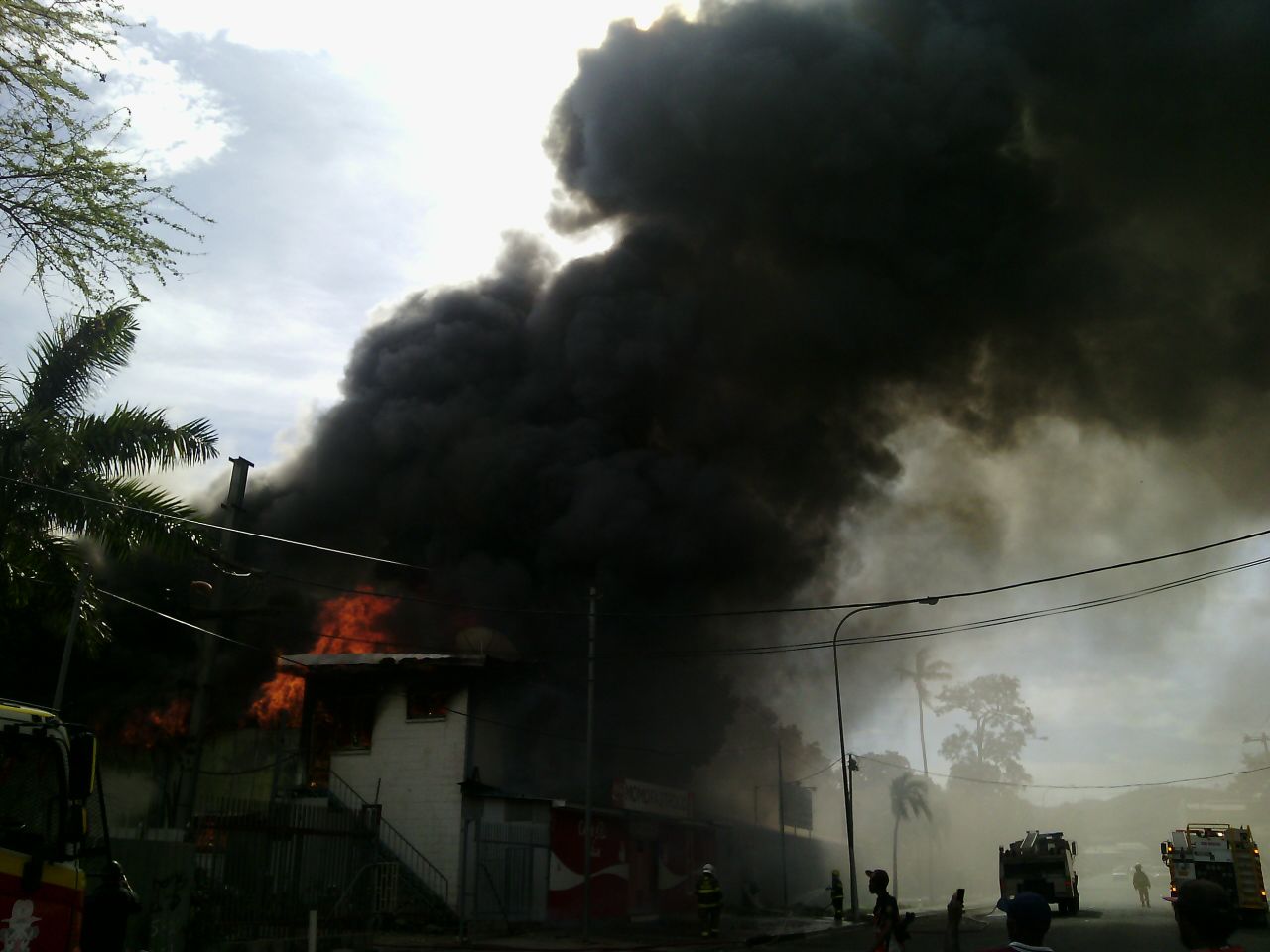 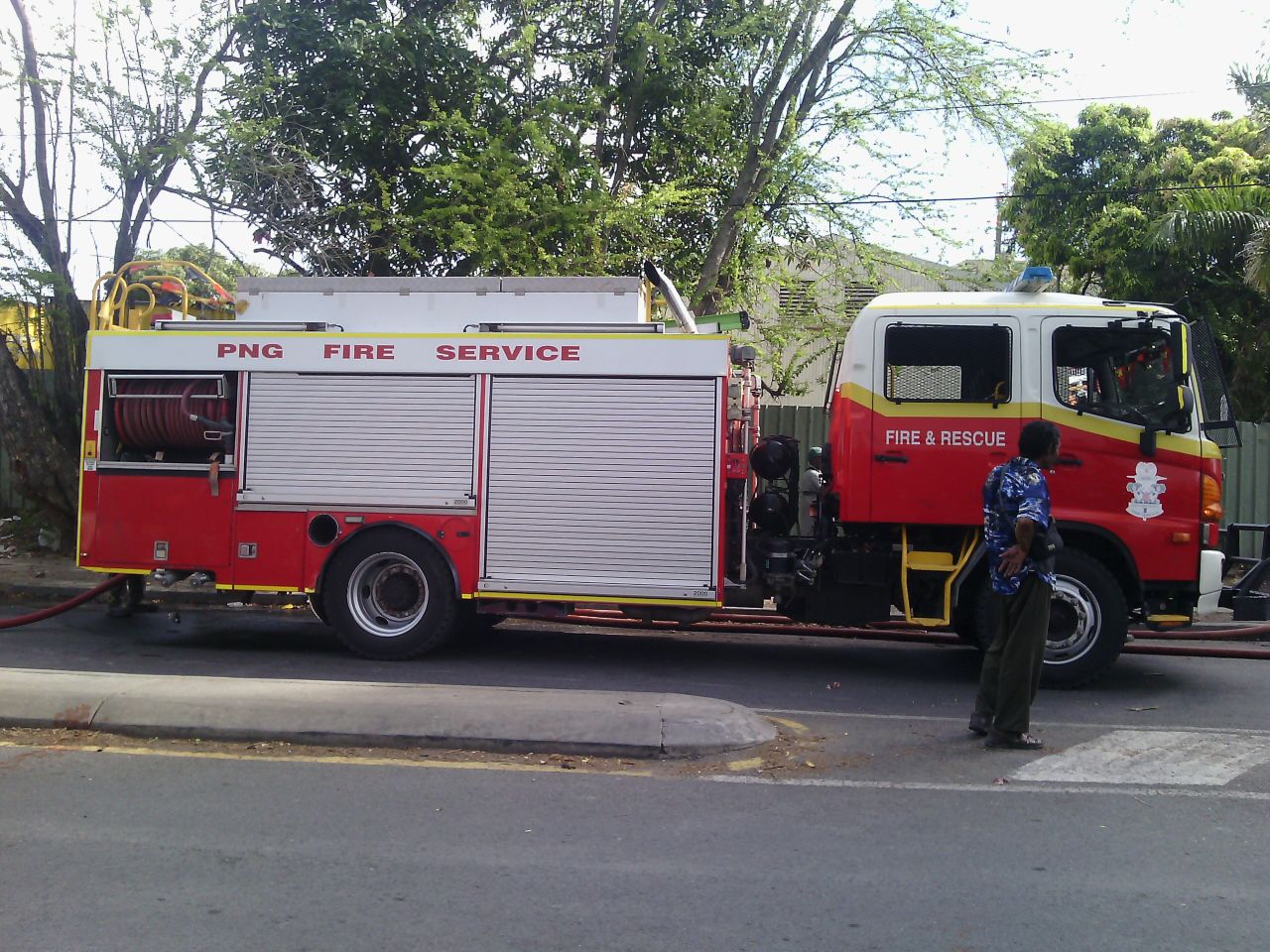 A crowd gathered and watched as the fire quickly consumed the building, releasing thick black smokes into the air.

While the focus was the Rad-Tel Building, other fire fighters were making sure the fire does not catch the nearby BellTek Chemicals building.

The Rad-Tel building is located right opposite the Coca-Cola Depot in Port Moresby.

It was purchased in 2001 and houses the Company’s administration, sales, technical support workshop and service section.

The building also houses a pokies area, and a reataurant, or Kai Bar.

No casualties have been reported but damages are estimated to be thousands of Kina.

This is the third building in Port Moresby to go up in flames in just 6 months.

An official comment on the cause of the fire will be released from the National Capital District Fire Department.