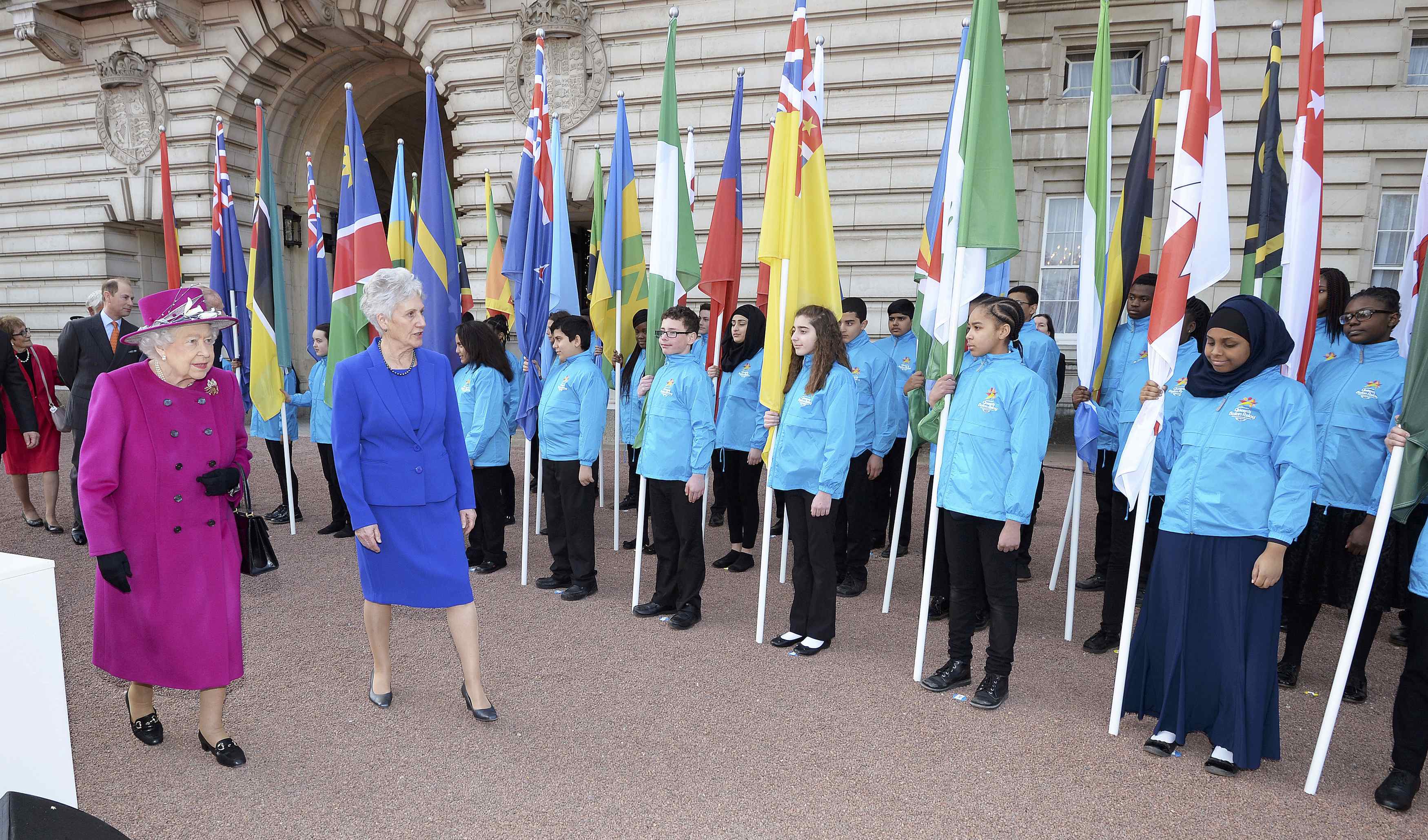 Image: Britain’s Queen Elizabeth and Louise Martin, President of the Commonwealth Games Federation take part in the launch of the Queen’s baton Relay for the XX1 Commonwealth Games to be held on Australia’s Gold Coast next year, on the forecourt of Buckingham Palace in London, March 13, 2017. REUTERS/John Stillwell/Pool

LONDON (Reuters) – Queen Elizabeth launched the 2018 Commonwealth Games baton relay on Monday as the South African city of Durban lost the right to host the 2022 edition of the multi-sport event.

Despite the uncertainty surrounding the 2022 Games, the 90-year-old monarch started the countdown to next year’s showpiece on the Gold Coast, Australia with a message of “respect and understanding” for others as part of a day of events commemorating the 52-country alliance.

The baton was given to Australia’s double Olympic champion Anna Meares by Queen Elizabeth in Buckingham Palace, before being processed through Westminster Abbey by 2012 British Olympic gold medallist Jessica Ennis-Hill.

“The cornerstones on which peace is founded are, quite simply, respect and understanding for one another,” the Queen wrote in her Commonwealth Day message.

“Working together, we build peace by defending the dignity of every individual and community.”

The baton will travel to Sierra Leone, before visiting all the nations and territories of the Commonwealth ahead of the tournament’s opening ceremony on the Gold Coast, Queensland on April 4 next year.

Singer-songwriter Cody Simpson, who hails from the Gold Coast, performed at Monday’s ceremony.