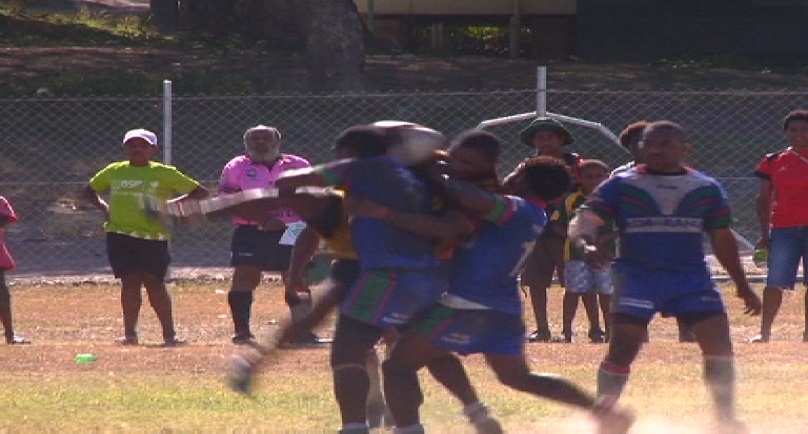 The Murray Barracks oval hosted the Port Moresby Rugby competition, with all eyes on the top eight team that have been finalised after the normal season.

The Murray Barracks oval was full of hype as supporters came to watch their teams.

The top eight teams where finalised after the normal season’s games. Hekari Tarangu took on a tough match against Dobo Warriors.

Tarangau took a lead in the first half after scoring three tries, and held on with strong defence.

Dobo Warriors for their part fought back to score in the second half.

Tarangau proved too strong in the end, winning the match with the full time score Hekari Tarangau 16 and Dobo Warriors 14.

The next matches will see Dobo play Hawks and Butterflies to take on South’s, while other teams, Paga and Brothers, are out of the competition.  Meanwhile, Tarangau and Hohola Flies will go on by for the next set of matches.