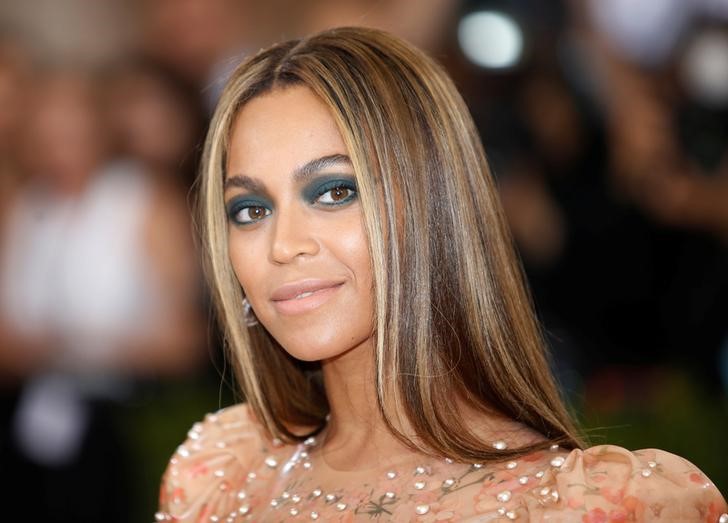 (Reuters) – Pop star Beyonce posted the pictures of her twins, Sir Carter and Rumi, in an Instagram post on Friday, in her first public acknowledgement of their birth.

“Sir Carter and Rumi 1 month today,” Beyonce wrote in the post, which showed her holding her two infants. http://bit.ly/2t9stLb

She wore a colorful flowing robe falling off her left shoulder and a blue veil. The picture had been “liked” almost 2.25 million times just a hour after it was posted.

Beyonce’s father Mathew Knowles had said in a tweet in June that she was now the mother of twins, confirming earlier reports of the year’s most highly anticipated celebrity birth.

Neither Beyonce, one of the world’s most popular singers, nor her husband, rap star and entrepreneur Jay Z, had made any announcement about the birth until now.

The “Lemonade” singer, one of the most powerful women in the music business, announced the pregnancy on her Instagram account in February this year along with an image of her posing in lingerie and caressing a noticeable baby bump.

The announcement got more than 8 million “likes” in the first 24 hours.

Two weeks later, the R&B singer performed live at the Grammy Awards in Los Angeles, proudly displaying her swelling belly in a motherhood-themed show. She has since posted numerous pictures of her bare baby bump on her social media accounts.

The birth of the couple’s first child, Blue Ivy, caused a paparazzi storm in 2012 with New York’s Lenox Hill hospital shutting down part of its maternity wing to accommodate music’s royal couple.

News of the twins came less than a year after the release of Beyonce’s 2016 album “Lemonade,” in which she appeared to address long-standing rumors of trouble in her eight-year marriage. Jay Z’s own recent album also dealt with the subject.

Thanks to a successful world tour of “Lemonade,” she was the second highest-paid entertainer in the year ended June 1, earning $105 million, Forbes said. Only Sean “Diddy” Combs, at $130 million, topped her.