‘The mining industry is dynamic. People tend to find the big, easy ones [resource deposits] first,’ says Johnston. ‘As the industry matures, it will need policy, legislation and infrastructure to mature if it is to remain competitive.’

Johnston remains confident in the region’s resource potential, but says explorers must go deeper to find high quality deposits, which can result in increased costs and risk.

‘Policy makers can make the mistake of creating policy expecting what has happened in the past to repeat itself in the future.’

‘There is absolutely no doubt that people will find more spectacular deposits but, at that depth, they are going to encounter technical and infrastructure challenges, as well as potential policy issues.’ 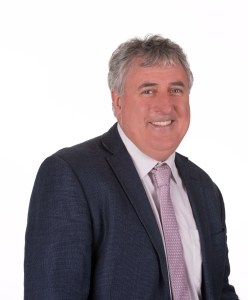 Johnston says policy makers can make the mistake of creating policy expecting what has happened in the past to repeat itself in the future.

With national elections scheduled for July this year, he says those working in the resources sector are seeking stability from government.

The PNG Chamber of Mines and Petroleum agrees that stability in the fiscal, legis­lative and regulatory regime will be critical to driving a resurgence in the re­source sectors when commodity prices recover.

‘To ensure the future growth of the resource sectors and continued investment in the social and economic development programs, stable government policies and a favourable investment climate are critical,’ a spokesperson for the PNG Chamber of Mines and Petroleum says.

Johnston says during the election period, the sector tends to step back and allow the election to run its course.

‘Part of the reason for moving the tools to Port Moresby is that we get better rates.’

‘The election process is pretty robust. A lot of good debate and discussion goes on.’

Working with government and building relationships with local community is critical to the success of any project in Papua New Guinea, Johnston adds.

Solwara 1 will be the first seafloor mining project in the Pacific region. Nautilus Minerals is conducting submerged trials of its seafloor production tools in the capital, Port Moresby.

‘Part of the reason for moving the tools to Port Moresby is that we get better rates, but it also provides the Mineral Resources Authority and Department of Conservation the opportunity to see them in the flesh, as well as landowners and provincial governments.’

‘The government recognises that developing projects in the sector by building infrastructure will create work opportunities.’

He adds that by testing the tools in Port Moresby, money will be invested back into the local economy, and local people will benefit from training for future jobs.

Johnston says he is confident in the future of the industry. He would like to see smaller fields developed.

‘There is still a lot of potential for discovery. It’s important that policies are in place that allow for the maximum uptake and utilisation of those resources.’

Johnston says that if the necessary infrastructure is created, then over time the stranded deposits will eventually be developed. He believes the government recognises that developing projects in the sector by building infrastructure will create work opportunities that can ‘lift Papua New Guinea up to the next level’.

‘It’s about putting the right policies in place to encourage investment.’

Nautilus Minerals’ Solwara 1 is expected to commence production in early 2019 and Johnston says the team has been working closely with the New Ireland Provincial Government and local community.

‘Infrastructure is a big barrier for investment, but even right down to the provincial level, the government is focused on improving roads and utilities.’

‘We’ve had discussions with the New Ireland Provincial Government, and they are focused on improving infrastructure in the area, to deliver better services, develop the economy, and improve the standard of living,’ he says.

Citizens and Candidates: Petition to count as soon as possible