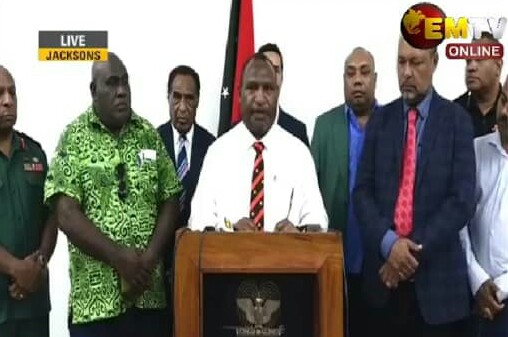 Papua New Guinea has reported its first confirmed COVID-19 case. The announcement,  made at 7:30pm tonight by Prime Minister, James Marape, comes 72 hours after samples were sent to the Institute of Medical Research (IMR) for testing.

The Prime Minister, who took a while to admit that PNG had its first confirmed COVID-19 case, said he was pleased that  health authorities detected the case and  isolated the 45-year-old- foreign mine worker in Lae.

The IMR also released a statement late tonight confirming the test results of the probable COVID-19 case initially announced by the Health Minister on Tuesday 17th  March, was positive.

IMR said this is now the first reported case of COVID-19 in the country.

“It is important to note that it is an imported case and as of today (20th March, 2020) we do not have any evidence of local transmission in PNG.”

But what stands out are the inconsistencies by the Health Minister, the man’s employer,  the Prime Minister, and the IMR.

Initially, Minister Wong announced a ‘probable case.’  Hours later, Harmony Gold said the tests were inconclusive. This was followed by a Facebook post by the PM and the Health Minister, saying the tests were negative.

Since Tuesday, political leaders have announced separate Provincial Taskforce Teams to respond to the Coronavirus. The police and the military have been put on alert to provide support.

Intense lobbying continues into the night as media wait for updates