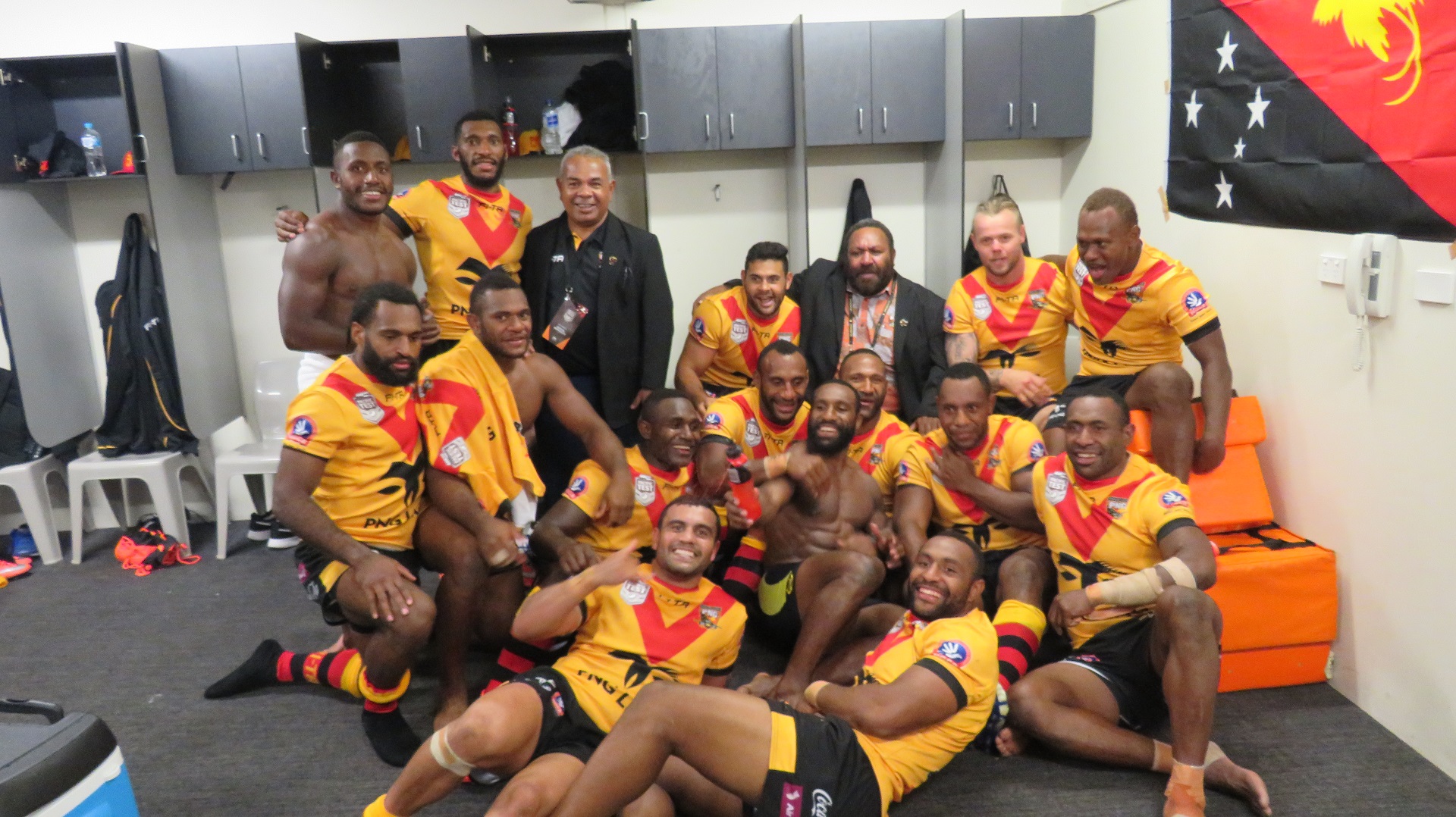 He extended his congratulations to fullback Stargroth Amean for his outstanding Man-of-the-Match performance, and the three debutants Richard Pandia, Tommy Butterfield and Nixon Put, for their impressive first start in the red, black and gold.

The Kumuls win on Saturday is three wins out of four Test matches in the past four years since 2014. And it is two out of two for Coach Michael Marum since his appointment in 2016.

The successful Pacific Test match is a great result that the Kumuls team can build on as part of their preparations for the 2017 Rugby League World Cup later this year.

The performance on Saturday was a result of the sustained investment by the PNGRFL in the different pathway programs over the past few years, including the SP PNG Hunters.

For nearly 45 years of the PNG Kumuls history, only 281 young men have earned the privilege and honour of playing for Papua New Guinea and are recorded as a PNG Kumul.

The PNG Kumuls will be using the Prime Ministers XIII match as another lead up to the World Cup in September.

Their next match will be against France, few weeks before the start of the Rugby League World Cup 2017.