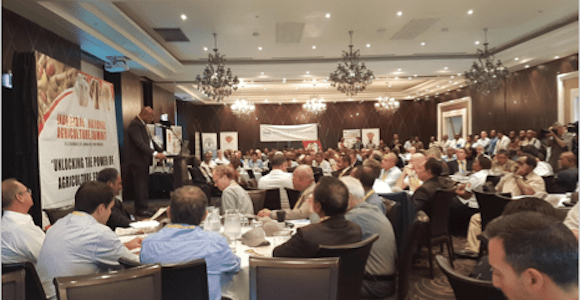 The PNG economy has been through boom and bust cycles over the years, largely because the successive governments have depended on one sector of the economy, the resources sector, Prime Minister Peter O’Neill told the conference.

‘When the commodity prices for copper, oil, gold and gas go down, our economy takes a huge dive.

‘For example, about 10 years ago, we used to earn K2 billion in oil and gas taxes. Last year, we would have been lucky if we got K200 million. No country can afford that kind of decline and that it is why it is crucial that we continue to build the potential we have in other sectors of the economy, building the base of our economy so it can sustain such shocks.’ 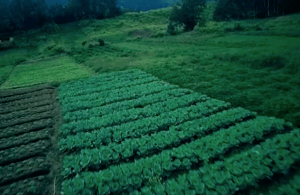 O’Neill noted that the agriculture sector is the biggest employer of Papua New Guineans. It is also the second biggest foreign exchange earner ‘yet we have not been giving it the attention it deserves’.

‘I cannot only blame past governments. I am equally responsible. But we have to learn from the mistakes we have made.’

The country was ‘overly dependent on imports,’ O’Neill added.

‘We need to have import replacement programs and that is why I am encouraged by the private sector partners who are here today starting to invest in our agricultural sector’s different crops.

‘What investors need from us, landowners, is security of their investment. Agriculture is not simply an industry.

It takes years for crops to grow and for the return on investment to be received by the investors. So we need to provide that security.’

‘If you were in Japan, Germany or the US and you go to a bank to do agriculture projects, most banks estimate it will be over 30 years before you can repay that loan. In PNG, you’ll be lucky if you can get seven years. That policy must change.’

O’Neill said landowners need to be partners, so that they take ownership of the projects on their land.

He said before the forthcoming National Budget announcement, he would announce measures to strengthen the agriculture and SME sectors by increasing access to long-term credit.

‘If you were in Japan, Germany or the US and you go to a bank to do agriculture projects, most banks estimate it will be over 30 years before you can repay that loan. In PNG, you’ll be lucky if you can get seven years. That policy must change.’

O’Neill also said over the next few years, the government would put aside special funds to allow the government to become equity partners in agricultural projects.

He said next year the government would be trialling a proposed National Plantation Management Agency which would help Papua New Guineans with support services such as book keeping, banking, sales and marketing.

Agriculture Minister Benny Allen said the government, and his department, would change the way they worked, with the aim of making the local agriculture industry ‘world class and highly competitive’ and the people involved ‘self-sustaining and prosperous’.

Promising a ‘collaborative approach with the private sector’, Allen said he wanted to see an increase in export and domestic production, higher revenues and investments, and an increase in the number of SMEs and large scale businesses.