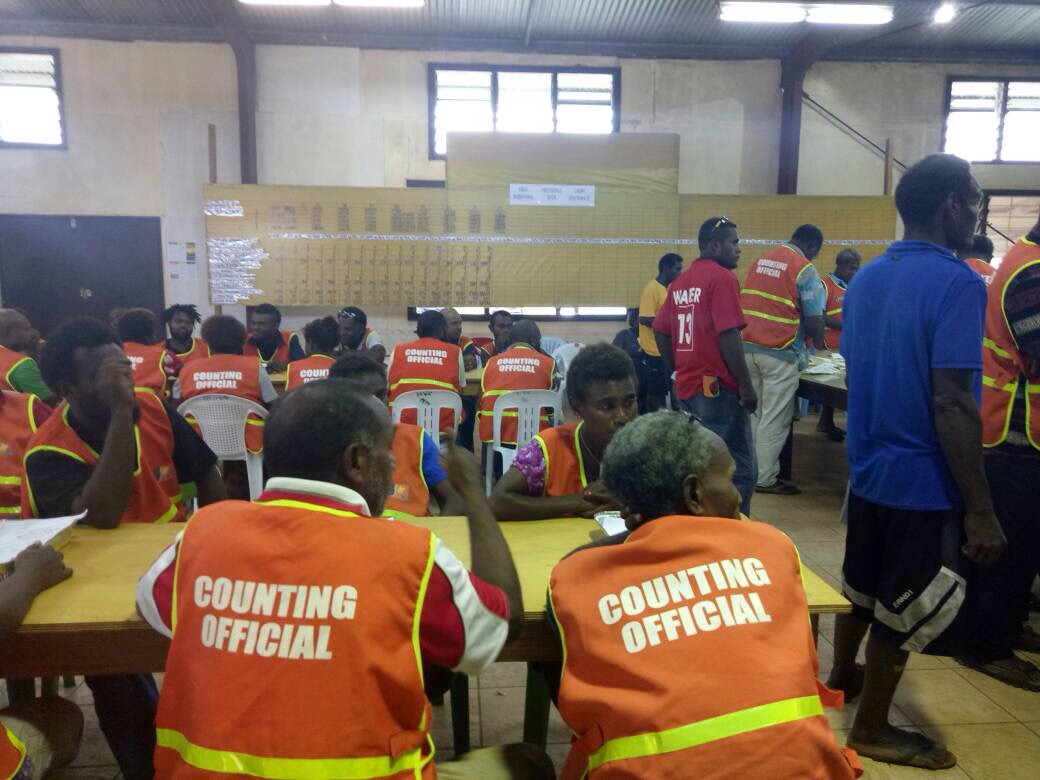 Namatanai electorate in New Ireland province is into the 3rd day of counting.

The current sitting member is Byron Chan. He has been the member for the last 15 years.

Counting has been peaceful in Namatanai electorate so far.

This morning when EMTV arrived at the counting venue, supporters of two candidates had a brief argument about the the number of scrutineers allowed into the counting venue; police has calmed the situation down.

With counting, National Alliance president, Walter Schnaubelt is leading with 8,166 while the sitting member, James Byron Chan running under Peoples Progress Party is in second place with 6,424; and Pangu candidate, Leonard Tonggo with 40.

Counting for the regional seat is being Conducted at each electorate and are being sent to the regional counting center in Kavieng.

The progressive results for New Ireland Province Regional in Namatanai are as follows:

As of 11:40 am for count 9, leading is Michael singan running under National Alliance with 5638, 2nd place is former Prime Minister and sitting Governor, sir Julius Chan with 4690, while running in 3rd place is John Nox with 83.

Counting at Kavieng electorate will be added to give final total for the regional seat.