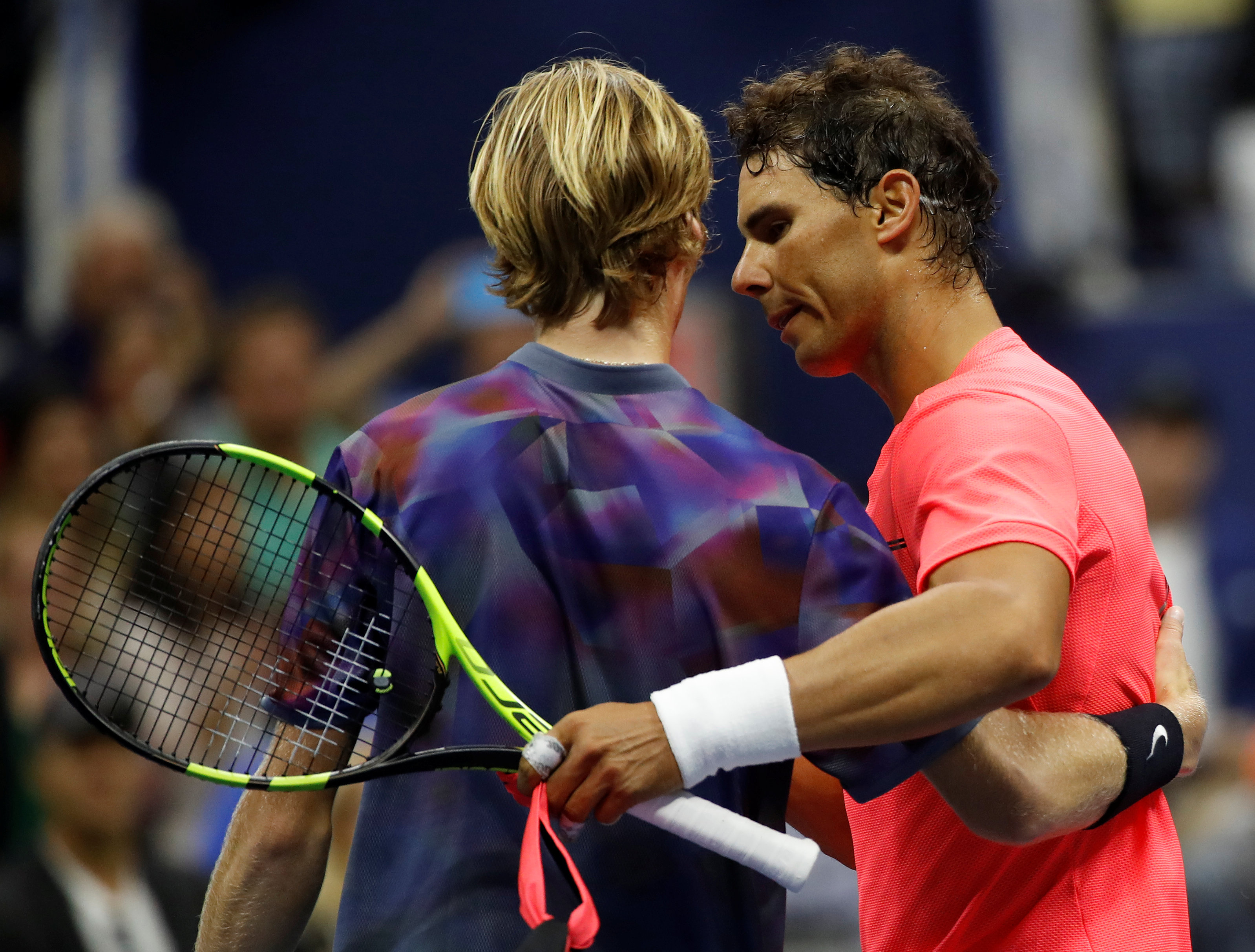 NEW YORK (Reuters) – Rafa Nadal gave Russian teenager Andrey Rublev a tennis lesson on Wednesday, racing into the semi-finals of the U.S. Open with a ruthless 6-1 6-2 6-2 win that cleared the path for a possible showdown with rival Roger Federer.

It was the result that tennis fans had been wishing for as it set up a potential mouth-watering first-ever U.S. Open meeting between Nadal and the 19-times grand slam champion Swiss.

One of the great rivalries in all of sport, Federer and Nadal, who have won seven U.S. Open titles between them, have clashed 37 times over the years but have never stood across from each other on Flushing Meadows’ famed hardcourts.

Federer and Nadal have been within one match of a New York meeting five times before only to have one or both lose and there is one more hurdle to be cleared again with the Swiss needing to get past towering Argentine Juan Martin del Potro later on Wednesday.

“If it’s Roger Federer, of course I am excited to play that match, and of course it is special to play against him here in New York for the first time in our career,” said Nadal.

“That’s something that didn’t happen before and is something strange, because we have played a couple of times in all the important events of the world.

“Of course, we can talk about things, but what really makes this match special is we have been competing for the most important events for, I don’t know, 10, 12 years, and we have been solid there, fighting for these things.”

Nadal’s quarter-final had much less drama.

Tennis – US Open – Quarterfinals – New York, U.S. – September 6, 2017 – Andrey Rublev of Russia reacts as he leaves the court after his loss to Rafael Nadal of Spain. REUTERS/Mike Segar

Rublev, who grew up idolising Nadal and had the Spaniard’s poster pinned up on his bedroom wall was smiling from ear-to-ear as he posed for pre-match photos on Arthur Ashe Stadium court with his hero.

That would be the highlight of an eye-opening afternoon for the 19-year-old Russian as Nadal showed no mercy during a one hour, 37 minute thrashing.

“It was a good match and obviously it was Andrey’s first quarter-finals and of course he played with some more mistakes than usual but for me it was an important victory winning the last two matches in straight sets,” said Nadal, after clinching his spot in his 26th grand slam semi-final.

Once the match started it did not take long for Rublev’s grin to disappear. It was replaced by scowls and frustration as the 53rd-ranked Russian angrily yelled at himself for missed shots and occasionally slapped at his leg with a clenched fist.

Nadal, still stinging from a third-round upset by 18-year-old Canadian Denis Shapovalov in Montreal in August and with a spot in the semi-finals on the line, was fully focused on the task at hand.