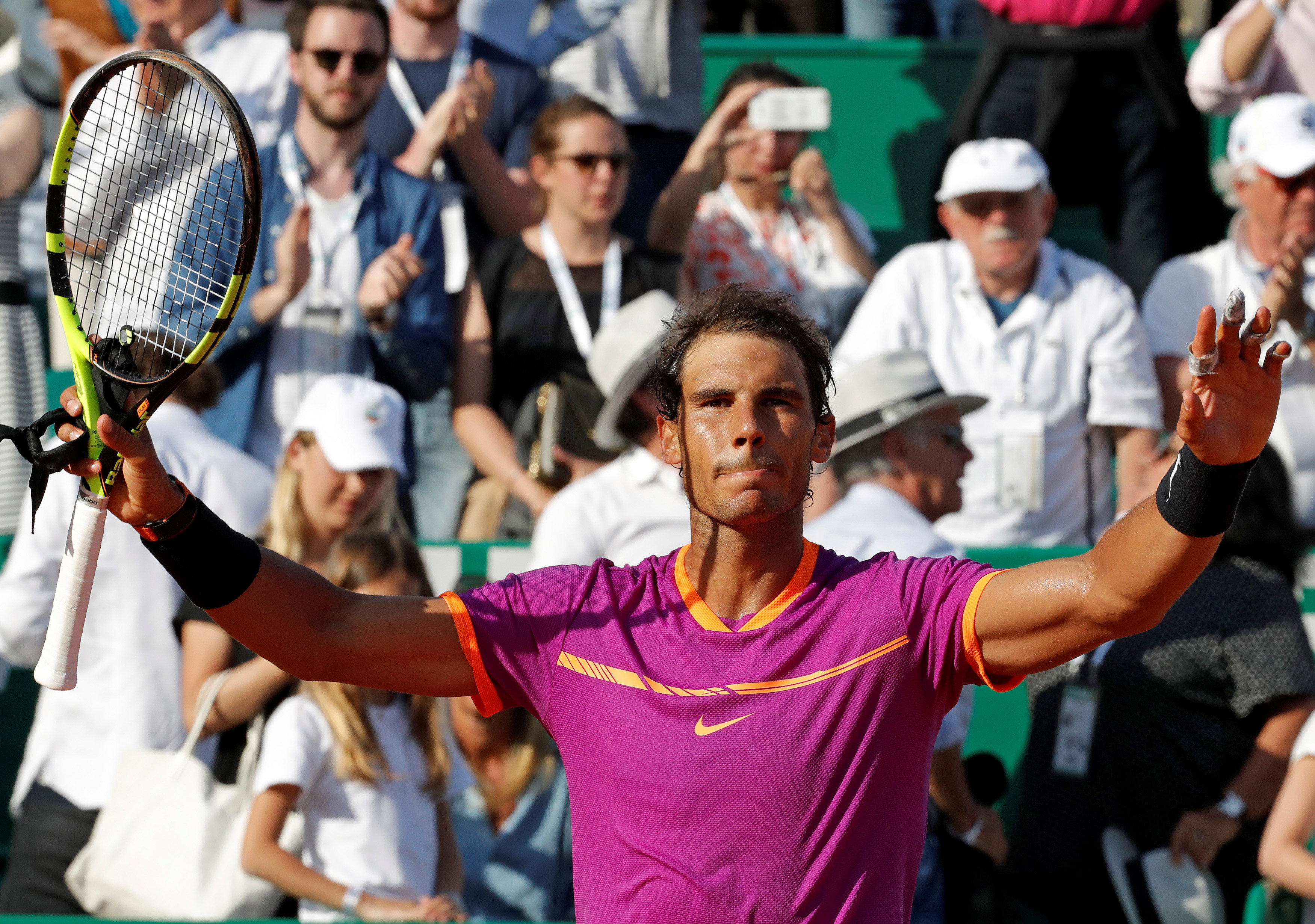 MONTE CARLO (Reuters) – Rafa Nadal stayed on course for a record-extending 10th Monte Carlo Masters title when the Spaniard beat David Goffin 6-3 6-1 in the semi-finals after the Belgian was denied a key point in controversial fashion on Saturday.

The 10th-seeded Goffin was 3-2 up and on game point when chair umpire Cedric Mourier ruled a Nadal shot was in but the Hawkeye system, which is not being used by officials on clay, showed the ball was long.

The point was replayed and fourth seed Nadal went on to break back before winning 10 of the remaining 11 games to set up a meeting with fellow Spaniard Albert Ramos in Sunday’s final after the 15th seed beat France’s Lucas Pouille 6-3 5-7 6-1.

The Monte Carlo Country Club crowd booed Mourier and a dejected Goffin did not shake the umpire’s hand at the end of the match.

“I imagine the ball was out but I was on the other side, I could not see the mark,” said Nadal, who will play his 11th Monte Carlo final on Sunday.

The fourth-seeded Spaniard returned long on game point in the sixth game and the line umpire called the ball out but he was over-ruled by Mourier, who got off his chair to show Goffin a mark — the wrong one.

The Belgian never recovered and Nadal blazed through the rest of the match, which he won in less than an hour.

Earlier, claycourt specialist Ramos, who beat world number one Andy Murray and fifth seed Marin Cilic en route to the semi-finals, survived the loss of the second set to down the 11th-seeded Pouille.

“I’m really happy, as you can imagine. On Monday I was not expecting such a week, I don’t know why it’s happening now,” said Ramos, who has only one ATP title to his name.

“We were both nervous at the start but in the second set it was a good match. Then he seemed tired and I was feeling fresh, physically and mentally, maybe that’s why I won.”

Pouille was treated by the physiotherapist for lower back pain during the changeover at 3-0 in the decider.

Ramos, the 15th seed, won four games in a row to take the first set as Pouille struggled to find his stride.

The Frenchman, however, played tighter in the second set, which he won after breaking decisively in the 11th game.

Pouille double-faulted to give Ramos a 2-0 advantage in the third set before fading away, bothered by back pains midway through the set.