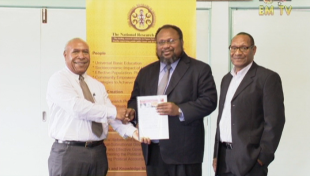 A mother of two children was sentenced to four years in prison yesterday after being found guilty of stealing more than 100 thousand kina from the ANZ Bank in Port Moresby.

The court heard that Leilani Laubai stole the money over a period of nine months in her capacity as a teller with the ANZ bank in 2005.

In handing down the penalty, Justice Panuel Mogish said this offence is common where bank tellers abuse their position of trust.

He said also the family and friends of Leilani who benefited from the money are equally guilty.