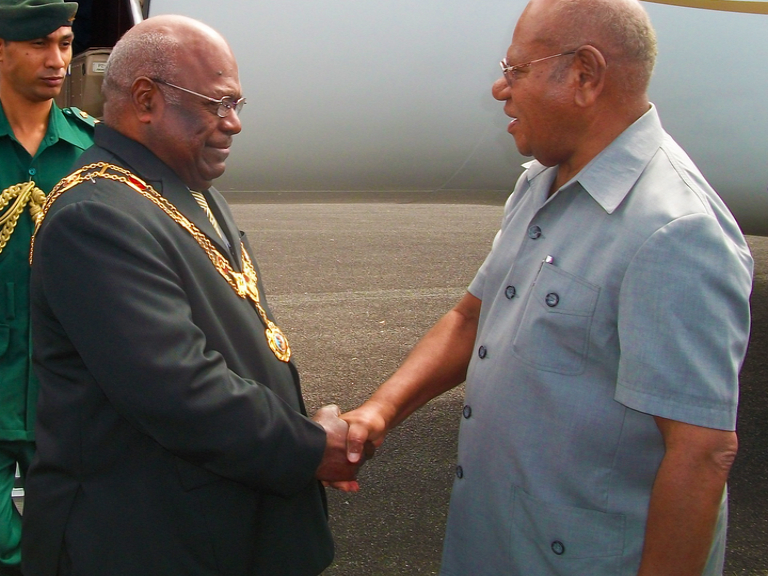 Bougainvilleans are mourning the death of the late Governor General, Sir Michael Ogio.

President of the Autonomous Bougainville Government, Chief John Momis, paid tribute to Sir Michael Ogio and described him as a man of honour.

His immense contribution to the peace process and peace building in difficult times is what’s being enjoyed today as the people strive for self-determination.

Also sending condolences today was Defence Minister, Mao Zemming, who came to know Sir Michael Ogio when they were Cabinet Minister’s and as Members of the People’s Democratic Movement party.

He said, Sir Michael Ogio was a humble person and easy to get along with. He was also a fatherly figure whose counsel and advice was always relied on.