IT analysts and industry insiders tell Business Advantage PNG that the Papua New Guinea Government’s decision to merge bmobile and PNG DataCo under a Telikom PNG renamed Kumul Telikom is likely to increase competition and innovation. But the move will not be without challenges.

The merger of bmobile and DataCo with Telikom PNG, outlined in our interview with Kumul Telikom Chairman Mahesh Patel last week, will realise cost savings and harness the synergies among the three telcos, according to Public Enterprises and State Investments Minister Charles Abel. 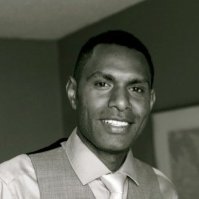 Local industry insiders appear generally optimistic about the move, with some caveats.

Carriers must offer enterprises and customers not only voice and data, but media content, ICT services, such as cloud options, as well as professional services, he tells Business Advantage PNG.

He notes, however, that to modernise Telikom to meet the current technological climate it may be necessary to involve outside partners who have the skill set and capital.

He also observes that Digicel PNG not only has market share but undisputed market power.

‘It is now digging into Telikom’s core fixed business through its service offerings.

‘By consolidating its assets, Telikom, DataCo and bmobile can compete effectively and create synergies for operational efficiency.’ 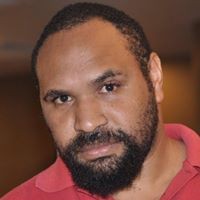 Masalai Communications’ IT specialist, Emmanuel Narokobi, sounds a note of caution about the restructure.

‘There is a huge cultural shift that needs to take place internally within all the organisations,’ he told Business Advantage PNG.

‘Personally, from our work with them we have tried to push shared services across the various companies but they still do not recognise the strategic benefits of such exercises.’

The merger is supported by a recent report issued by Singapore-based BMI Research, a subsidiary of the global ratings agency Fitch.

‘The transferring of the country’s main fixed-line and gateway assets into one entity, DataCo—which will provide backbone services and international connectivity to operators—will be positive for the market,’ says to the report’s author, Telecommunications Analyst Vanessa d’Alancon.

After DataCo’s plans to upgrade and run the National Transmission Network are completed, expected this year, she says internet service providers (ISPs) and businesses in Papua New Guinea will have access to wholesale capacity.

This will provide a boost to bandwidth and encourage market competition. That competition, she says, should reduce prices over the medium-term for consumers.

‘Telikom has already begun rolling out 4G at discounted rates in 2017 to encourage take-up and will be in a stronger position to compete with Digicel,’ says d’Alancon.

She warns, however, that it will be difficult for Telikom to take market share from Digicel given that operator’s strong presence in the mobile market. Digicel has been successful in the market since 2007 and has brought mobile penetration in PNG from 1.6 per cent in 2006 to around 45.5 per cent in 2016.

That said, there are still many areas where internet services are unavailable and most rural areas only have 2G services, providing significant growth opportunities. 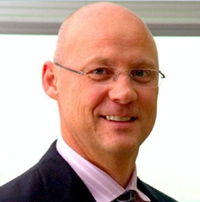 Digicel’s CEO, Brett Goschen, told Business Advantage PNG that Digicel fully supports an environment where all operators have access to all forms of wholesale transmission capacity.

‘We believe it is fundamental to growing and improving a competitive, open market: prices decrease, service offerings increase and the consumer benefits tremendously.

‘It is clear that the Government’s original communication model involving the transfer of transmission assets to DataCo would go some way toward achieving that.’

That said, Goschen says, however, he is not convinced the new structure will achieve the original intentions of government, namely ‘to create a competitive, open communication industry that augurs growth and value, whilst encouraging innovation’. From the limited public information provided, he noted the new merger does not appear to promote competitive outcomes to the benefit of the consumer, such as reducing the cost of accessibility.

National Youth Conference: Government Must Focus On Youths For Development