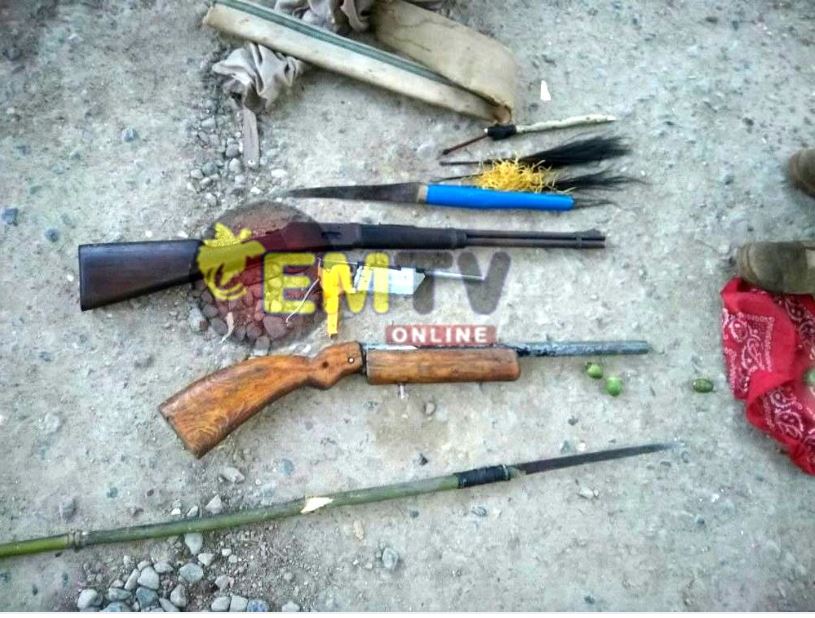 Madang police have caught ten suspects from the Gusin settlement who were among settlers believed to have been involved in a clash with locals from Mis village over the weekend.

He says he is yet to get an incident report before he can make a detailed statement.  The men are now at Beon jail.

Between 5 and 6 pm on Monday, Madang police caught ten settlers from Gusin settlement with their weapons.

The weapons were believed to have been used during the recent clash with locals from Mis village that broke out during the early hours of Sunday morning.

Police believed the men were the main suspects involved in the fighting and the killing of two locals from Mis village.

Police say the 10 men were also wanted for an armed hold up during the early hours of Sunday morning which had instigated the fighting resulting in several houses burnt.

The fighting had escalated on Monday morning, where several houses were set alight, unconfirmed reports of injuries and two men from Mis village confirmed dead.

Meanwhile, police are still monitoring the area saying the situation is stable.

EMTV News tried to get an official statement from the Provincial Police Commander Chief Inspector,Ben Neneo, on this incident and other incidents but was informed via text, that the formal investigation into this incident is yet to begin.

The PPC is yet to get an incident report from his men on the ground.