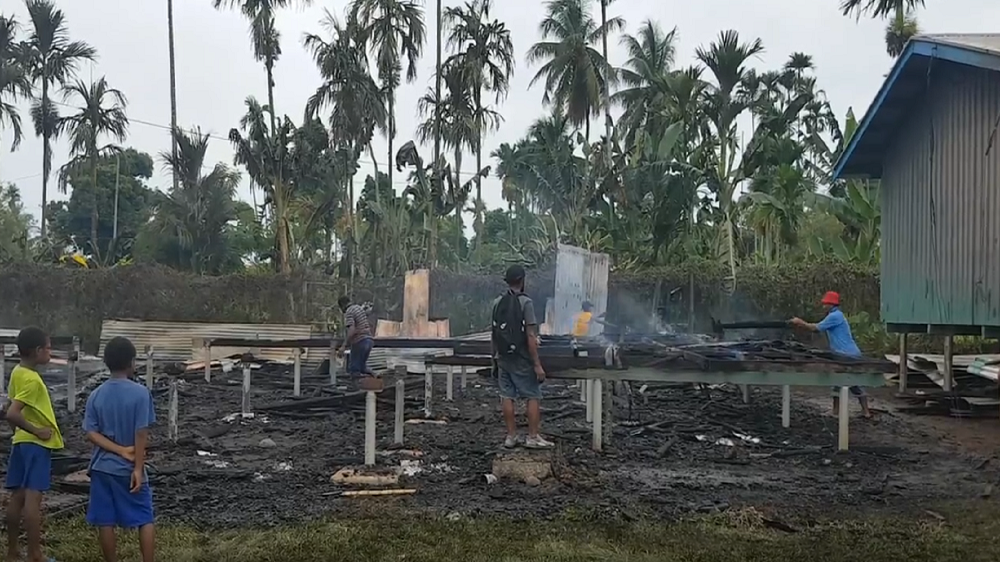 Head Master of Lutheran Day Primary, Mr. Peter Siwi, said that the fire started at 9am in the morning while the students were in class.

The fire was blamed on an electrical fault. Sparks from an electrical fitting caused flames that spread onto the classroom wall, and the blackboards.

The students and their teacher ran out of the burning classroom before the classroom was destroyed.

One of the teachers said that a few boys in the surrounding community tried to put off the fire but weren’t successful.

“The flames spread quickly due to the new paint coat that was done a few weeks ago,” he said, “We could not do anything to stop the fire.”

A parent called the fire service department but the fire truck arrived late after the building was in ash.

The students will use a new building that still needs some renovation to be done.