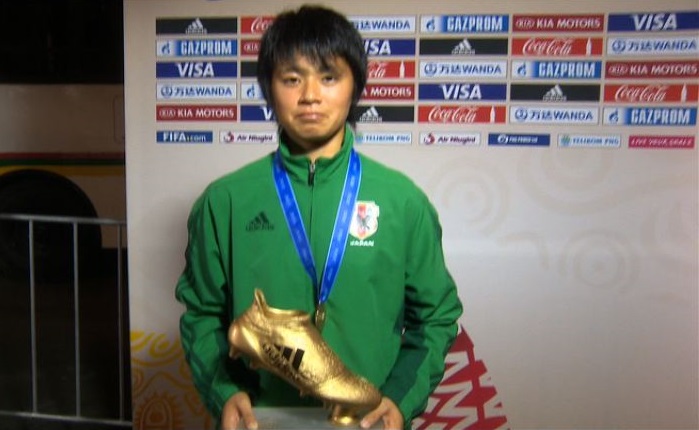 To top off their successful final play, last evening, in a 1– 0 win against USA for Bronze, Japan’s match winning goal scorer, Mami Ueno, was awarded the Adidas Golden Boot.

This came in recognition of her scoring prowess and in which, she won with a match scoring average of three in the FIFA U20 Women’s World Cup Papua New Guinea 2016.

EMTV Sports caught up with Mami Ueno a couple of hours before the Adidas Golden Boot winner was announced, and a humbled Ueno said, if she wins, it will be an achievement for the team as well.

Contending for the Golden boot as well was Captain Yuka Momiki, but, Ueno’s match winning goal brought the golden boot closer to her feet.

This striker had made her presence known to all of Japan’s opponents’ attacking third, added it was her job to score goals as the striker.

This Japanese lass believed that it was her duty to score at every opportunity, and she said, being in contention among a very few others, for the top spot at what they do, is already an achievement in itself.

Landing the golden boot for Ueno was icing on the cake.

Ueno, along with the rest of the Japanese team, are enroute to Japan as of this morning, along with their Bronze medals, Ueno’s Golden Boot, and a little of bit PNG.