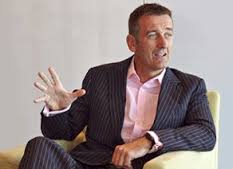 In a statement, InterOil has reported over night that more than 91 per cent of the votes cast were in favour of the revised proposal.

It said this was higher than the 80 per cent that previously voted to approve the original transaction at a special meeting on September 21, 2016.

After the Yukon Court of Appeal upheld Mulacek’s appeal against the original takeover offer last November, ExxonMobil made a new offer.

The amended deal lifted the maximum price payable for InterOil by about 10 per cent to US$78.94 per share. The offer was structured as a US$45 per share flat cash payment, plus an extra US$7.07 per share for each trillion cubic feet (tcf) of gas certified as being held in Elk-Antelope. The break fee payable by InterOil increased to US$100 million from US$67 million.

In the lead-up to the fresh vote, Mulacek argued that Exxon’s revised proposal suffered from same flaws as its original bid and was ‘fundamentally unfair’ to InterOil shareholders.

A court hearing to approve the revised deal is scheduled for 20 February.