In brief: Employment Act review underway, and other business stories

Employment and IR laws under review, Police Commissioner appeals for end to blockade of Highlands Highway, and new Agriculture Minister promises to pursue K20m for coffee borer repair. Your weekly digest of the latest business news.

Police Commissioner Gary Baki is appealing to the relatives of two police officers killed during the election to end their week-long blockade of the Highlands Highway. The families are waiting for compensation, but Baki reportedly says the state does not pay compensation for slain police. Kongo Coffee Managing Director Jerry Kapka says many Highlands businesses have lost income and many business houses may close, according to the Post Courier. Fuel is already critically low in some provinces as container vehicles with goods and supplies for Chimbu, Western Highlands, Jiwaka, Southern Highlands, Enga and Hela provinces are stuck in Goroka and Lae. 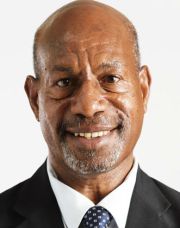 Agriculture Minister Benny Allan reportedly says his No.1 priority is to pursue the promised K20 million to deal with the coffee berry borer, currently present in Jiwaka and Eastern Highlands provinces.

Mineral Resources Authority Managing Director Philip Samar says the developers of the K92 mine in Kainantu have reported that the destruction and damage to its assets is worth US$2–3million (K6–9million).

Australian-listed Kingston Resources is about to merge with Canadian-listed WCB Resources to create a new Australasian-focused gold and lithium development and exploration group. In a statement to the ASX, Kingston’s MD Andrew Corbett said the new group will control WCB’s 49 per cent stake in the Misima gold project in Milne Bay Province.

Tolukuma Gold Mine (TGM) Executive Director Vincent Siow reportedly says one of the major partners has withdrawn from the project, but has been replaced. He said the investor had withdrawn without warning, but TGM has persuaded a US fund to join in its business venture.

The level of gross foreign exchange reserves at the end of June was K5.345 billion (US$1.707 billion), according to Bank of Papua New Guinea Governor Loi Bakani. He reportedly said total public debt outstanding, as at March 2017, was K22,452.1 million, an increase of K508.2 million from last December. Bakani said government expenditure was projected to be K13,349.5 billion in 2017 against projected revenue of K11,473.1 million.

The consumer price index average has increased by 5.8 per cent from the June 2016 quarter to the June 2017 quarter, according to the National Statistical Office. The NSO noted that the largest increases were in alcoholic beverages, tobacco, betel nut, restaurants and hotel groups. 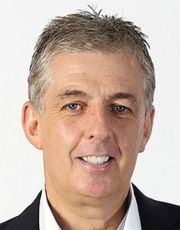 Digicel will be swapping to the Huawei network in October. Marking the tenth anniversary of the company in PNG, CEO Oliver Coughlan says it follows a global corporate deal with Huawei. Digicel plans to roll out the new network in Port Moresby during the first week of October.

Steamships has announced an unaudited profit after tax and minority interest of K45.4 million, for its half-year results. This was an increase of K1.8 million (4.2 per cent) over the same period in 2016.

Governor General Bob Dadae has approved the establishment of the Bougainville Referendum Commission, paving the way for the promised non-binding independence referendum to be held in 2019.