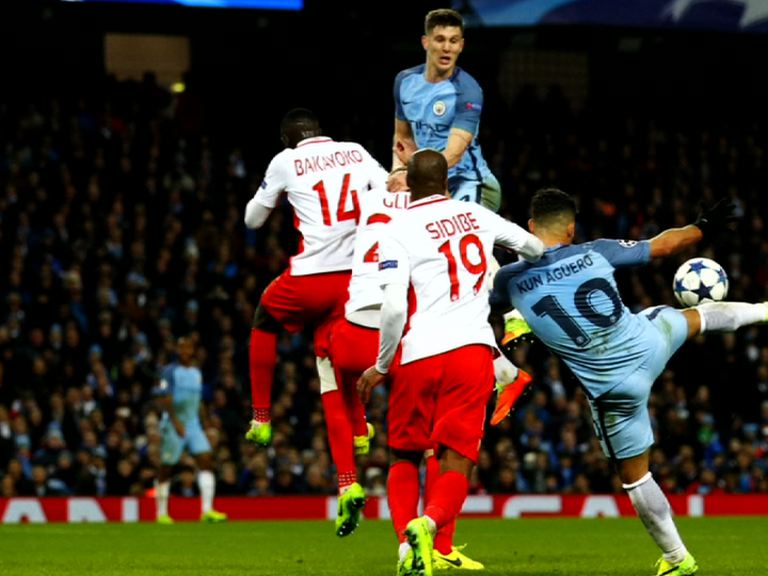 In the UEFA Champions League, Europe’s top club competiton, and an 8-goal thriller between England’s Manchester City and France’s Monaco.

City would come out on top, securing a 5-3 win that had goals galore, and a missed penalty.

City took the lead through Raheem Sterling but were then playing catch up as Monaco drew level thanks to Radamel Falcao’s header and went ahead with a powerful finish from 18-year-old Kylian Mbappe five minutes before half-time.

South American poachers Sergio Aguero for City and Falcao, who also missed a penalty, then traded blows with Aguero equalising for 2-2 and then 3-3 after Falcao’s exquisite chip gave Monaco the lead for the second time at The Etihad. City, however, then pulled clear as Stones tapped in at the far post and Sane rolled the ball into an empty net to give City a two-goal advantage ahead of the return on March 15.

Afterwards a contented Pep Guardiola spoke about how attacking soccer of this kind was what he wanted for his players and club to grow.

In the other important round of 16 clash, Atletico Madrid beat hosts, Bayer Leverkusen 4-2 in a topsy-turvy encounter on Tuesday to take a firm handle on their Champions League round-of-16 tie ahead of the return leg in Spain next month.

Two lethal counter-attacks in the opening 25 minutes put the 2014 and 2016 finalists in the driving seat, with Saul Niguez and Antoine Griezmann on target, and give them the edge for a quarter-final spot for the ninth time.

“It was an exceptional game from our side and I think the result could have been even better. But I would say in the first half we played an almost perfect game: we played very intelligently,” Atletico coach Diego Simeone told a news conference after the match.

Leverkusen, who paid the price for a disastrous defensive performance, cut the deficit before Atletico’s Kevin Gameiro scored with a spot kick and Stefan Savic’s own goal set up a nervous finale. Fernando Torres ended any speculation with his goal in the 86th minute to take revenge for last season’s 1-0 loss as the Germans suffered their first home defeat in Europe after a 10-match unbeaten run.

The Bundesliga club, finalists in 2002 before the introduction of the round of 16, are now at risk of missing out on the last eight for the fifth time, having never gone past this stage on their four previous attempts.