World demand for energy will double by 2050, according to Professor Peter McCabe, Head of the Australian School of Petroleum at the University of Adelaide. But he believes more efficient recovery methods and the increasing role of renewables will keep a lid on prices.

McCabe told the Papua New Guinea Mining and Petroleum Investment Conference last December that oil consumption in the United States and Europe has remained static for the last 40 years, due to changes in energy use. He described PNG’s gas reserves as ‘relatively small’ in the global context.

McCabe said PNG industry will be under pressure to ensure that its gas remains cost competitive.

‘Even if the world population remains static, which it won’t, there will be a huge growth in consumption.’

He said gas will become increasingly important in ‘the energy mix’ and that, although there will be increased demand from East Asia, low production costs will be critical to the survival of the industry in PNG. 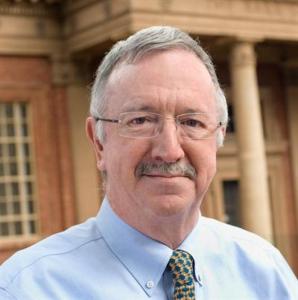 ‘Cars are much more efficient than they used to be,’ he said. ‘And, with the advent of electric cars, one can anticipate that demand will fall further.’

McCabe anticipates there will be a ‘huge’ increase in demand, however, in the developing world, especially from China.

‘Even if the world population remains static, which it won’t, there will be a huge growth in consumption.’

McCabe said Organisation for Economic Cooperation and Development (OECD) assessments indicate that coal and nuclear power consumption may have peaked. He said renewables only account for about 3 to 4 per cent of demand.

Much of the increased demand will be met with renewables, he said.

‘You will see the amount of fossil fuels by 2050 will essentially be the same as it is today. Do we have enough oil and gas to meet demand?’

‘There is an awful lot of oil and gas in the world if we want to use it.’

McCabe said there are different ways of estimating future supply. If it is assumed that conventional methods of extraction are used, the estimate is that there is 70 to 80 years of supply. But he believes there is a ‘huge amount’ of unconventional gas.

‘There is an awful lot of oil and gas in the world if we want to use it. The problem with this is we do not know the amount of the resource.’

McCabe cites the example of American production. Oil production in the United States peaked in 1974. But with the advent of shale oil and fracking, America has gone from being the world’s largest importer of fossil fuels to a net exporter.

‘High prices are anomalies, not a long-term trend.’

McCabe said he favours the latter view. ‘High prices are anomalies, not a long-term trend.’

McCabe said Papua New Guinea faces intense competition from other suppliers of gas: the United States, Asia, Qatar and Australia. ‘There has been a huge increase of gas supply in the United States.

‘China is understood to be developing its own resource, so China will compete. China will do its best to increase production. [Russian President] Putin is also interested in piping natural gas to China and to South Korea.

‘Australia has the North West shelf and will soon be the largest LNG exporter in the world.’