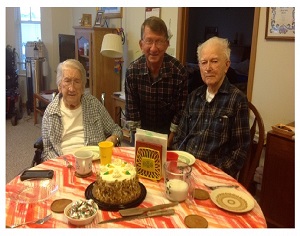 Former PNG Athletics Coach, Tom Brandt, has over the years, been keeping a close tab on PNG athletics, despite leaving the country in 1990 to manage the track and field facility at the University of Queensland.

With the 2015 Pacific Games nearing, Brandt’s role remains important and for PNG Athletics, he remains a crucial part of the organisation and his services are undisputed.

Brandt was called back into the country in 2012 for the PNG Games and operated the ‘Photo Finish System’ at the athletics competition. He also helped out in running the PNG Athletics Talent Identification program for the 2015 Pacific Games, early this year.

Brandt represented PNG in marathon, before becoming a successul coach in the 1980’s.

Based at the National Sport Institute in Goroka he coached the likes of Takale Tuna, John Hou, Elanga Buala, Ferdinand Nongkas, Tau John Tokwepota, and many other successul PNG Representatives.

Tom Brandt was born to a Lutheran missionaries Amee and Roland Brandt at Finchafen in 1947, and apart from going to high school in Brisbane and University in the US, he lived in PNG until going finish in 1989.

Brandt’s parents, Amee and Roland, are now looking forward to celebrating their 70th wedding anniversary on January 3, 2015 at Croixdale in Bayport, Minnesota where they now live in an assisted living facility.