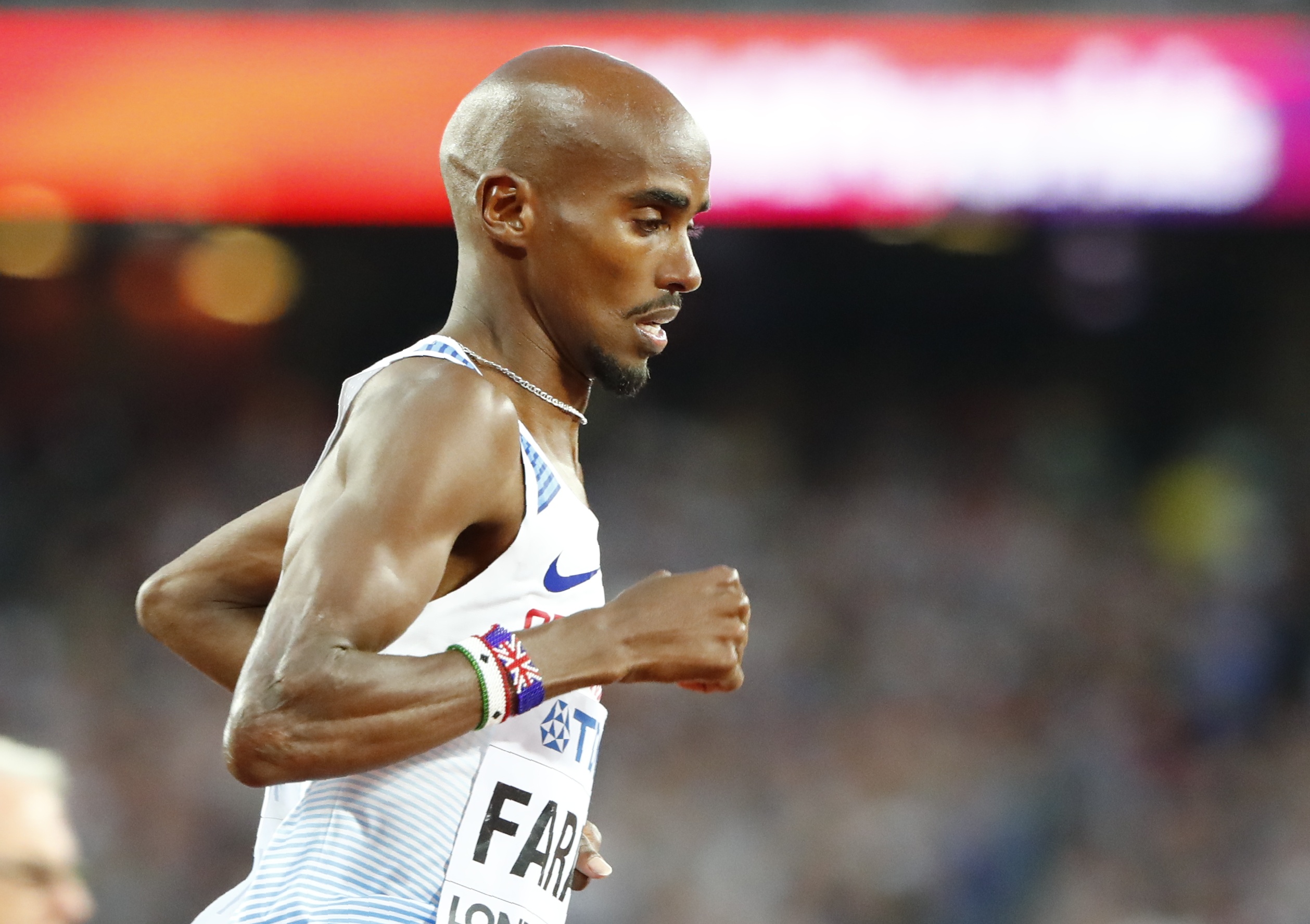 BIRMINGHAM, England (Reuters) – Mo Farah brought down the curtain on his peerless track career in Britain by winning his farewell race on home soil on an emotional afternoon at the Birmingham Grand Prix Diamond League meeting on Sunday.

In his penultimate track race — his final run will be at the Zurich Weltklasse meeting on Thursday — before becoming a marathon man on the roads next season, the quadruple Olympic champion outclassed a 3,000 metres field with familiar elan.

The weekend after winning 5,000 metres silver and a fortnight since his 10,000 metres triumph at the World Championships in London, the 34-year-old was presented with a more accommodating field for his domestic goodbye.

The crowd at the Alexander Stadium gave Britain’s greatest racer — perhaps the best the world has seen too after 10 global title wins — a rapturous reception before watching him sprint away one last time down the home straight as he won in 7 minutes 38.64 seconds.

Farah, who clocked 56.89 seconds over the last lap to ease away from Spain’s runner-up, Adel Mechaal, the fourth-placed finisher in the world 1500 metres final, told the BBC: “It means everything to me.

“The emotion was high and I had a lot of support from the home crowd. This is what we dream of — having a home crowd cheer you on — and I want to thank everyone who has supported me and followed my journey.

“Now I just want to continue to see what I can do on the road, without having a target on my back, and just try to enjoy it without so much pressure.

“I’m going to a completely new game on the roads with a new mind and I’m excited.”

Five more newly-crowned world champions celebrated their London triumphs in style, headed by Qatari’s magnificent high jumper Mutaz Essa Barshim, who produced the performance of the meeting with the world’s best jump of the year, 2.40 metres.

Barshim again demonstrated why Javier Sotomayor’s world record of 2.45 metres is under threat with his clearance that pleased him so much, he promised to leave with the high jump bar as a souvenir.

“I knew I was in good shape. I felt good and went for it,” he said, clutching the bar. “That jump was amazing, I’m taking that bar home!”

Other world champions to thrive were Greece’s Ekaterini Stefanidi, who won her 12th consecutive pole vault competition (4.75 metres) and Ramil Guliyev, Turkey’s surprise 200 metres winner, who again forged away strongly from a quality field to win in 20.17 seconds.

Elaine Thompson, who surprisingly missed out in London, hit her best form a fortnight too late as she raced to victory in a high-class 100 metres.

Jamaica’s double Olympic sprint champion, whose poor fifth place finish in the world championships 100 metres was one of the meet’s major surprises, clocked 10.93 seconds to remain unbeaten in the Diamond League this year.

She ousted London silver medallist Marie-Josee Ta Lou by four-hundredths of a second while bronze medallist Dafne Schippers, who also won the 200m crown in London, finished sixth in 11.22.