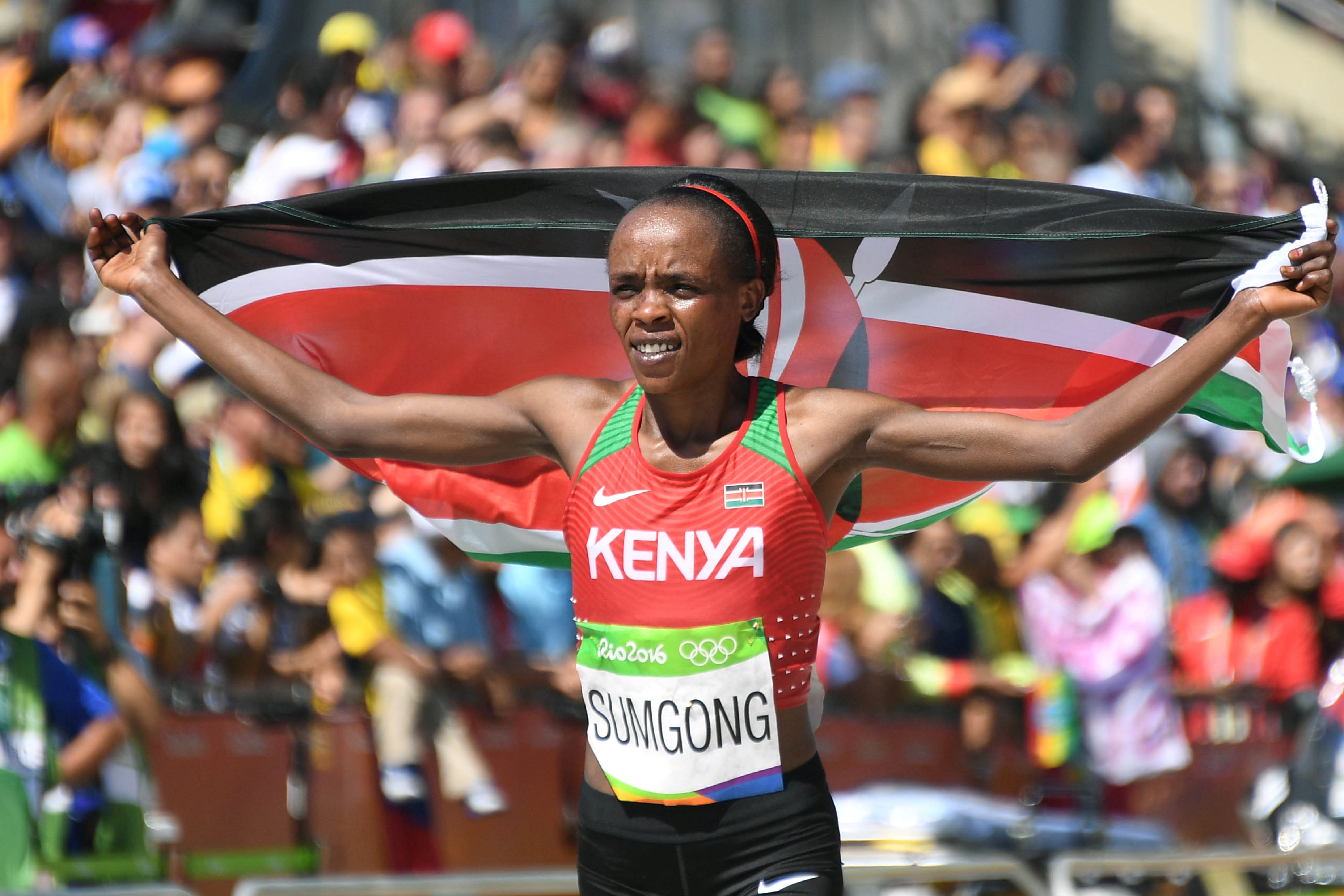 LONDON (Reuters) – Jemima Sumgong, who last year became the first Kenyan woman to win Olympic gold in the marathon, has tested positive for the banned blood-booster EPO in an out-of-competition test carried out by the IAAF, the sport’s governing body said on Thursday.

“The IAAF can confirm that an anti-doping rule violation case concerning Jemima Sumgong (Kenya) has commenced this week, the International Association of Athletics Federations said in a statement.

“The athlete tested positive for EPO (Erythropoietin) following a no-notice test conducted by the IAAF in Kenya.

“This was part of an enhanced IAAF out-of-competition testing programme dedicated to elite marathon runners which is supported by the Abbott World Marathon Majors group.”

If Sumgong’s B sample is confirmed as positive and she is subsequently banned it will be a massive blow for African distance powerhouse Kenya, where her Rio victory was greeted with near-delirium after such a long and inexplicable barren spell over the classic distance at the Olympics.

Kenya took silver in the women’s marathon at the three previous Games and a bronze in 2000 having failed to medal before that after the race was introduced to the Games in 1984.

Sumgong, 32, had a stellar 2016, winning the London Marathon in April then claiming the elusive Olympic gold in Rio despite being disturbed by a protester on the course.

Thursday’s news comes in the wake of a four-year ban handed to Kenya’s multi-marathon champion Rita Jeptoo, Sumgong’s former training partner, after she tested positive for EPO in 2014.

Kenya’s middle and long distance success has been marred by doping cases involving elite athletes. Officials estimate the number of positive tests at about 50 in the past four years.

The latest cases will be seen by observers as evidence of how the IAAF is making progress in the region after previous official criticism of anti-doping regimes in Kenya and Ethiopia.

Both countries have in the past been deemed non-compliant with the World Anti-Doping Agency’s (WADA) code.

Obey or Get Wiped Out: Australia’s Surfers Bond With Their Dogs

Ghana under serious threat in quarter-final