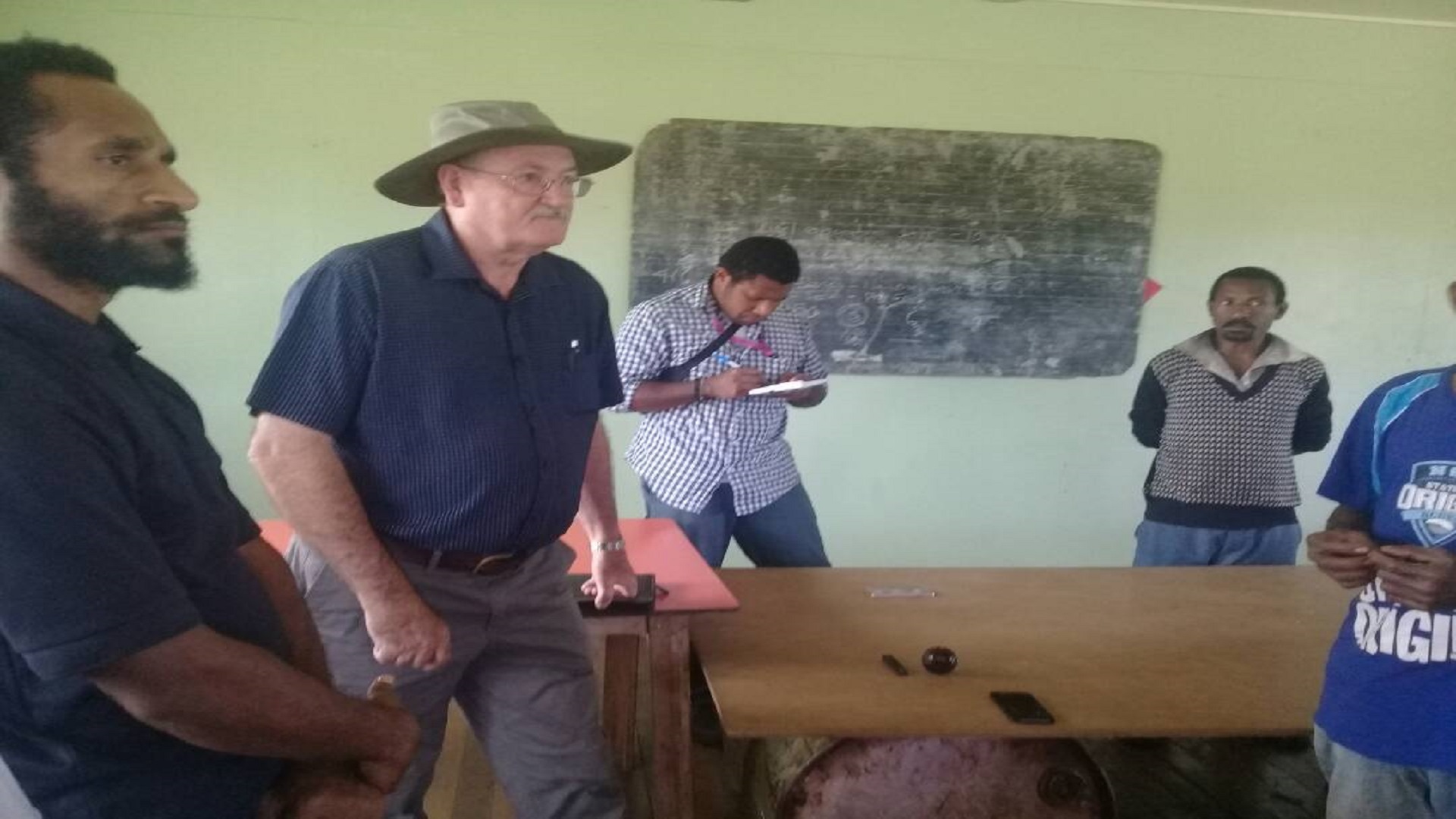 Nearby villages that use the two main rivers Nomad River and Strickland for their livelihood have been affected severely. The people at Nomad Station and nearby villages lack proper clean water. The river has been flooding since the earthquake and is contaminated by the silk and thick debris from the quake. To date, the river has not been used.

Dead fish, turtles and crocodiles have been seen floating on the shores. The communities need water tanks for fresh water and food supplies.

According Dr.Emblin, seven 9000 litre tanks will be brought together will pipes to store water. The visit has also seen an alarming rise of skin disease by those who have washed in the contaminated river. Despite this circumstances, Nomad Primary school is still operating.

Accompanying Dr.Emblin and the Media were the two MPs of North and South-Fly.

The Strickland River is also posing similar treat to the people using the river. So far, three children have been sent to Kiunga Hospital after eating sago that was believed to be contaminated.