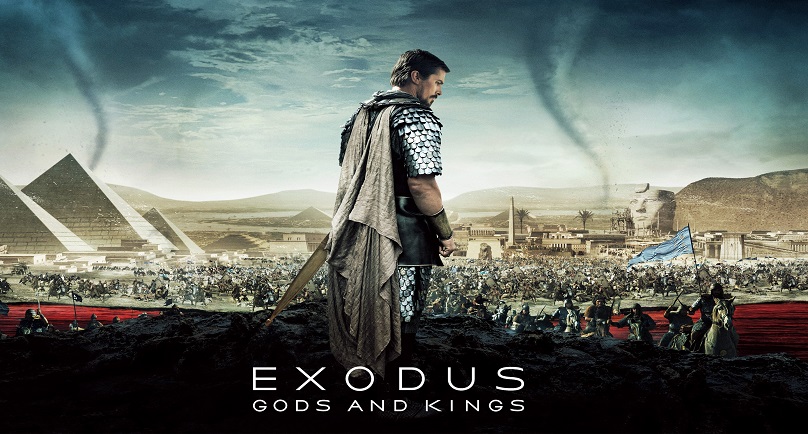 Over the years, movie producers have depicted biblical stories through films that have either given people a deeper, meaningful insight into the Christian faith and the stories of God’s great miracles, prophets, prophecies and promises to His people on Earth; or have twisted story plots for the mere want of ‘making a movie’, taking people far, far away from reality and the biblical truth.

One film, recently released, is one such creating a stir among Christians around the world and already, two nations have banned its existence in their countries. One is at the centre of the film’s plot, Egypt and the other, Morocco.

The movie Exodus: Gods and Kings has been banned in Egypt for what censors describe as having “historical inaccuracies” which, according to the head of the censorship board, include the film’s illustration of pyramids being built by the Israelites and the parting of the Red Sea being caused by an earthquake, contradictory to the biblical story of Moses.

Starring Christian Bale as ‘Moses’ and Joel Edgerton as ‘Ramses’, the film was reportedly made at a cost of US $140 million and raked in $24.5 million on its debut at the box office.

The opening of Exodus: Gods and Kings fell short of other modern biblical movies, such as Mel Gibson’s ‘Passion of the Christ’ that took $83.3 million on its debut.

The film has received mixed reviews, with many unhappy over what they say is a “cinematically uninspired retelling of the Moses story” (Times).

In the story of Moses, in the book of Exodus of the bible, the Israelites are led to freedom from the Egyptians by Moses. Through the story, God delivers a series of plagues to Egypt, which force the Egyptians to set the Jews free.

However, the Egyptians, led by the Pharaoh, follow the Israelites and God then performs the parting of the Red Sea miracle through Moses; this enables the people to evade being recaptured by the Egyptian forces.

Exodus: Gods and Kings tells a completely different story: in the movie, the Red Sea miracle does not occur. Instead, it is an earthquake that causes the sea to part.

BBC reports, “Sir Ridley Scott’s sweeping Biblical epic Exodus: Gods and Kings continues to meet resistance as it marches through theatres, and this current turn has the Old Testament blockbuster fleeing from Egyptian multiplexes, this isn’t the first conflict facing Exodus as it worked its way to theatres. The movie was the target of a vicious, lengthy campaign against its casting decisions, with the term whitewashed tagged to the production because of its lack of Egyptian actors. Roles like Moses and Ramses went to British and Australian actors such as Christian Bale and Joel Edgerton“.

The New York Times has concluded that the movie is “both woefully insufficient and much too much”. Vulture said it was “as uneven as Ridley Scott’s career”.

The film is also banned in Morocco, where according to the Morrocan business website Medias24.com, although the state-run Moroccan Cinema Centre (CCM) had given the film the green light, officials had it banned a day prior to its premier.

Critics argue that the story of Moses and the Israelites is one of the greatest chronicles of the history of Christianity, and the Christian faith; and therefore, Exodus: Gods and Kings is not being accepted by strong believers and historians alike.

They claim that producers have, yet again, ruined the much loved and inspirational story of God’s servant Moses, and his quest to save his people from wickedness, bondage and slavery.

Armani Says to Stop Using Animal Fur in all His Products