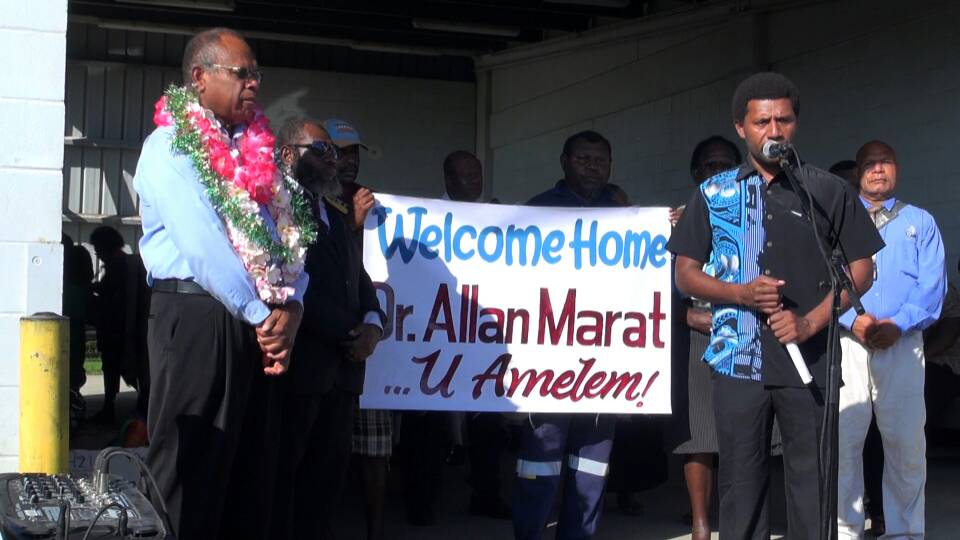 He arrived at the Tokua Airport at 8am to a grand welcome hosted by the Rabaul District.

Dr Marat is one of the five elected MPs from East New Britain province who joined the Alliance bloc whilst the other four MPs joined the PNC block.

He was a nominee for the speaker’s seat from the Alliance bench in Wednesday’s first sitting of the 10th Parliament.

Marat fell short to win the majority of votes to take on the speaker’s seat. He was defeated by PNCs nominee, Job Pomat, 60-46 votes.

Dr Marat has been regarded as one of Oppositions stronghold in his last two terms as Rabaul MP.

His inclusion in the Opposition’s bench in the 10 National Parliament has yet again, got standing ovations, not only from the Rabaul people but the entire country.

Caretaker Cabinet Sworn in; More Ministers to be Assigned Portfolios for Tenth Parliament

You did what is right for the good of the people and the country as a whole.