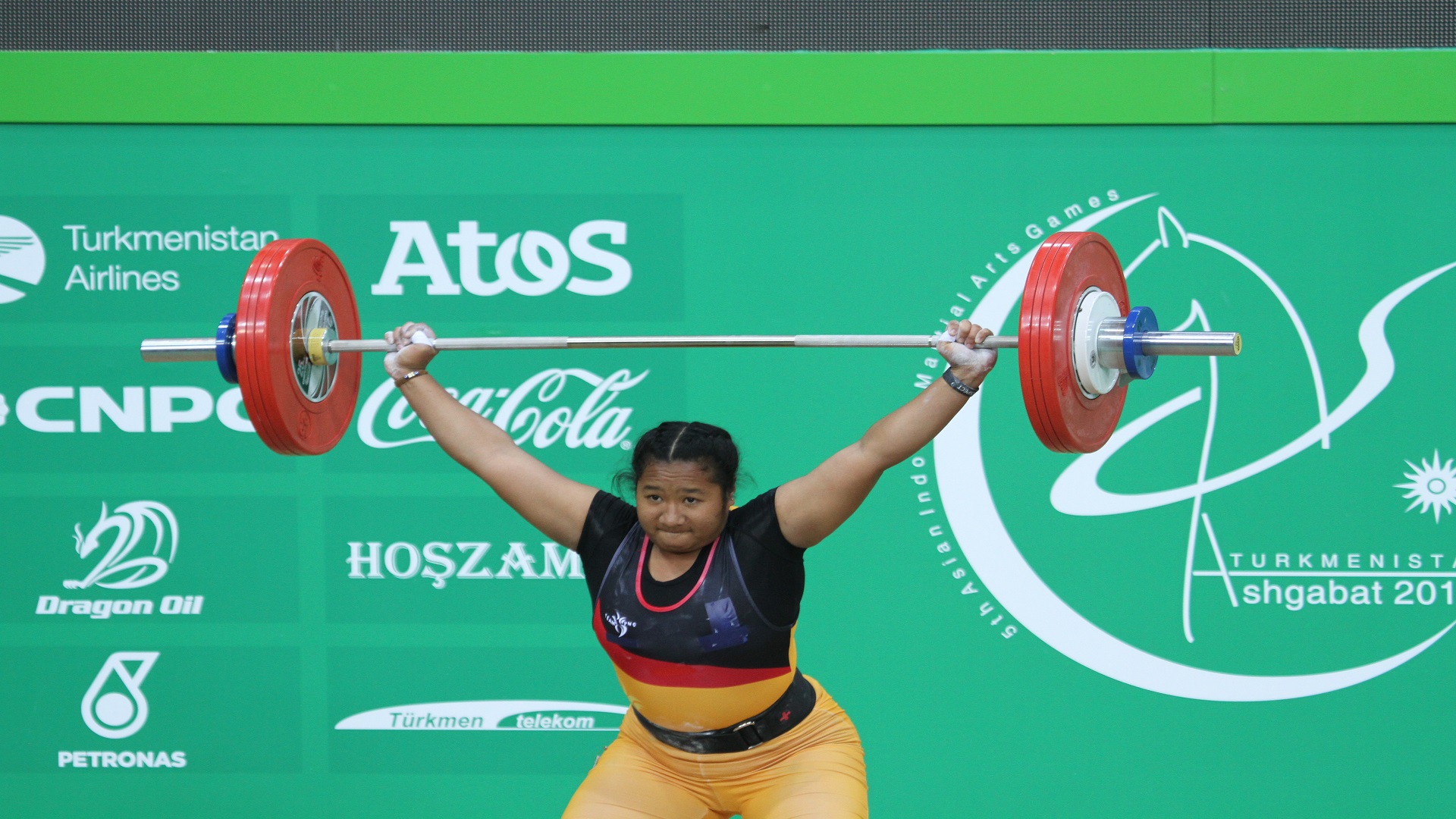 Day 9 of the Asian Indoor and Martial Games here in Ashgabat, Turkmenistan saw the last of Team PNG’s Weightlifters and the youngest, Lorraine Henao Harry compete in the newly introduced women’s 90 kg category.

The 21 year old snatched 84 kgs and later clean and jerked another 110, bringing her total to 194kgs.

Though it was Fiji’s Eileen Cikamatana who beat the 8-women event to Gold and Turkmenistan and Uzbekistan that secured Silver and Bronze respectively.

Speaking of Harry’s performance afterwards, an optimistic Papua New Guinea Olympic Committee President Sir John Dawanincura said, “This is only the beginning for her as she has just joined the Oceania Weightlifting Institute just this year in March and she has potential to do much better with more training”.

This is only Harry’s second international appearance and like the rest of the Papua New Guinean lifters, Lorraine will go back to Noumea, New Caledonia for further training.

Despite being a bit disappointed for missing her last attempts in both the snatch and the clean and jerk, Harry is now hungrier to better her performance in her next appearance.

Kari On Track For Commonwealth Games

Customer Unaware of Promotion, Excited with the reward