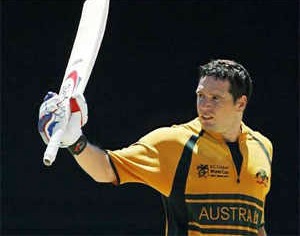 Cricket PNG is on the eve of hosting its most high profile event of the year with the annual PMMI, Don’t Drink and Drive Legends Big Bash set to kick off.

As part of the tournament, four former international cricketers, from England, Australia and New Zealand, arrived in the country today.

Former England One Day International (ODI) Captain, Adam Hollioake, who is currently pursuing a career in professional mix martial arts, is one of the four cricket legends that will be taking part.

Fitzpatrick will be the first female cricket legend to attend this event.

The visit is part of the award winning program Don’t Drink & Drive Legends Big Bash, which is proudly supported by Pacific MMI.

The event aims to address the issue of rising cause of deaths in the country due to driving whilst under the influence of alcohol.

For the first time in the event’s history, Coalition For Change (CFC) will also be a supporting partner of this event which is a community based advocacy group, working towards achieving cultural change in PNG, regarding violence against women and children.

The biggest drawcard of the event will be the Pacific MMI Don’t Drink and Drive Legends Big Bash Cricket match, where all the legends will be playing alongside Barramundis and Lewas players on Friday, October 16 at Amini Park.