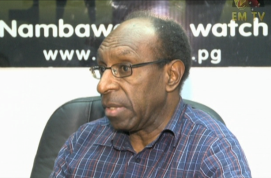 Almost a year has passed since the charges were laid against Dr Danaya by current Western province administrator William Goina.

On November 4th Mr Goina was suspended from duty for disobedience claims. The suspension led to the court case, now dismissed by senior magistrate Rosy Johnston.

Dr Danaya was happy it’s been dismissed, but expressed disappointment that authorities such as the public service commission failed to resolve the matter earlier.

Selena Gomez tops Billboard 200 chart, The Game drops to No. 2